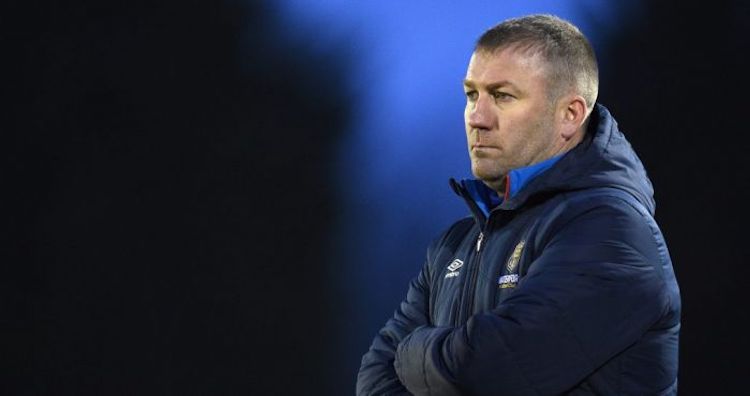 Waterford United manager Alan Reynolds is expecting a ‘battle’ from Finn Harps tonight at the RSC.

Winless Harps are seeking a first victory of the season, but manager Ollie Horgan has a number of injury concerns for the game.

Waterford, whose last game was a 2-0 win over St Patrick’s Athletic, will be missing Kenny Browne, while Bastien Hery is rated as 50-50.

However, Zack Elbouzedi, Aaron Drinan and Hugo Keto have all returned from international duty and will be in line for an appearance for the Blues.

“Friday offers us a different challenge and we know that Ollie Horgan always has his teams in great shape and ready for a battle; that’s what we’ll get and nothing less,” Reynolds said.

The Blues boss was thrilled with his side’s win over Pat’s.

He said: “We needed to pick up three points and we fully deserved the win. St Pat’s are a good side but we showed how that we’re a good side too and what we are capable of.

“We knew it would be a different game to some of the others we’d played already but we prepared properly and deservedly won the game. We created some great chances and Aaron finished took both goals really well.

“I’ve spoken previously about how we were getting punished for mistakes in matches and that last game showed the other side of that, we took advantage and punished St Pats for their errors, and that’s something we need to keep doing going forward.”

Donegal Town close in on title after...

Carlin gets 90 minutes as Cabinteely fly...