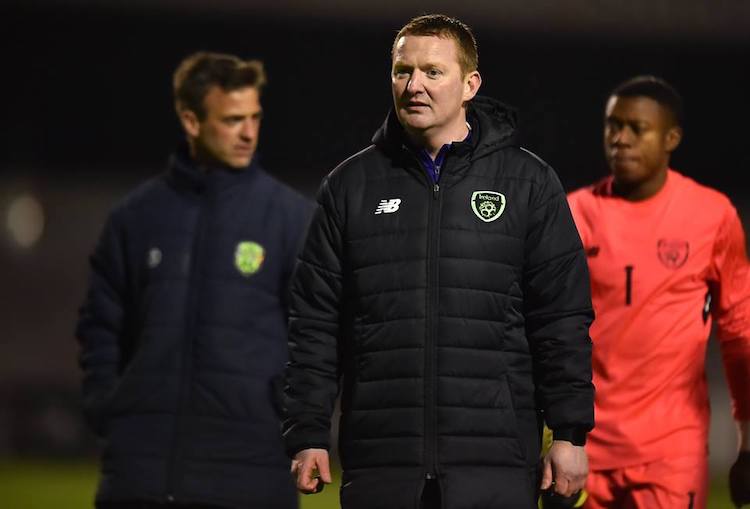 It’s must-win for William O’Connor’s Republic of Ireland Schools side this evening when they face Northern Ireland in their penultimate SAFIB Centenary Shield clash.

O’Connor’s side face Northern Ireland at 6pm in Queen’s University and will look to bag a positive result following a 2-0 loss to England on Friday night. The Boys in Green drew their opening game away to Scotland.

Ireland could take a share of the Shield if they are to win both their remaining games which will see them entertain Wales next Thursday evening at Home Farm.

Northern Ireland are level with England in the group table at the moment as they have secured seven points in three games. The Northern outfit had slender 1-0 victories over Scotland and Wales and a goalless draw with England early this month.

Manager McLaughlin is a coach at Harps, while Harps senior boss Ollie Horgan is performance analyst with the team and Milford’s Mickey McGlynn is the physiotherapist.