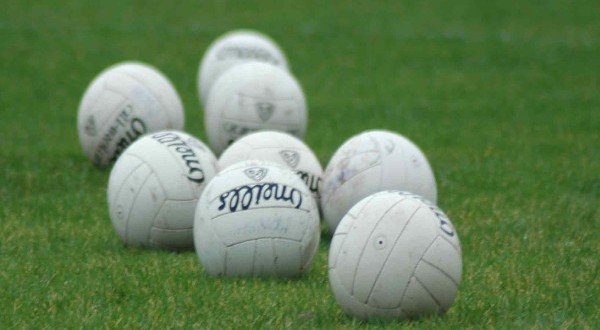 Four Masters picked up their first win of 2019 yesterday evening with a 10-point victory over Glenfin.

Four Masters supporters would have made their way to Tir Conaill Park with a certain amount of trepidation following defeats to Ardara and St Nauls. Their opponents, Glenfin, had two good wins over Naomh Columba and Termon so far this campaign.

However Glenfin lined out without Frank and Karl McGlynn and they clearly missed their influence. The Masters had the return of Thomas McGowan, Caolan Loughney and David Quinn to bolster their ranks and all made a significant contribution.

It was a fantastic evening for football in Donegal Town and the pitch was in fine condition.

Glenfin lost half-back Gary Dorrian through injury to be replaced by Dean Herron. Glenfin were living on scraps of possession but looked the more potent force going forward and soon forced Martin Cassidy into a fine save. A minute later a well-worked move was finished to the net by Daniel McGlynn and a point shortly afterwards from substitute Herron left the sides level.

A fine point from McDaid left the minimum between the sides at half-time – Four Masters 0-7 Glenfin 1-3.

Four Masters started the second-half with renewed vigour and within 3 minutes had points from Kevin McBrearty and Conor McMonagle with a goal from the roving Caolan Loughney sandwiched in between. Goals win games but they also do wonders for the confidence of a team and it was hard to see Glenfin coming back. Ward had a point from play and McDaid replied from a free. Cathal Canavan had a fisted point and Ward had two more frees for Glenfin to bring the gap down to five.

After 15 minutes a fine piece of inter-passing up the left wing ended with McGowan blasting to the net. There was no way back for Glenfin although they created goal chances – Cassidy made a good save and parried another shot from Ward which was then cleared by Dylan Kennedy on the Masters goal-line.

Ward had a point from a free to which McDaid responded with a free of his own.  Masters then had three in a row from McDaid (2) and a fine point from substitute Emmett Doogan. Glenfin closed the game out with a point from Ward.

A fine team performance from Masters will put a pep in their step for their visit to Buncrana on Sunday while Glenfin seemed off the pace on this occasion.