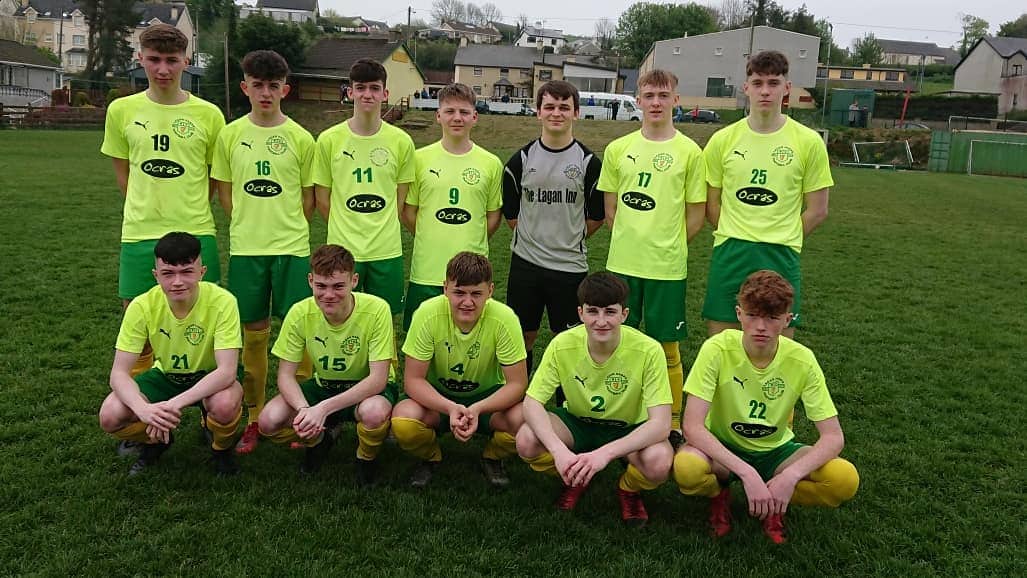 An eight-goal entertaining thriller played put at Orchard Park in Manor this afternoon as Lagan Harps and Milford Utd shared the spoils in a 4-4 draw.

Lagan came out of the blocks quickly and scored within 15 seconds when Matthew McDaid’s cross was converted by debutant James Wilson.

Lagan doubled their lead in the 12th minute after Kielan McMonagle’s throw in went past everyone and landed at Matthew McDaid’s feet to slot the ball into the net.

Matthew McDaid then got his second goal on 24 minutes when his corner went straight into the net via a Milford defender’s deflection.

Late into the half Lagan lost Dean Murray through injury after a clash with stand-in Milford keeper Conor Coll, 3-0 at half time to the home side.

Within eight minutes of the restart Milford pulled two goals back in quick succession. through Conor McFadden and Shane Black before Lagan thought they had secured the points then in the 60th minute when Noel Donnelly headed home Kielan McMonagle’s cross.

It wasn’t to be as Milford had other ideas. Eoin O’Donnell scored a cracking header from a corner in the 67th minute to set up a tense final 23 minutes.

The breakthrough for Milford came in the last minute of the game when a long kick out evaded the Lagan midfield and defence which Rory O’Donnell took full advantage of to race through and score the equaliser.

Points shared in a fascinating game with both sides back in action on Wednesday evening,