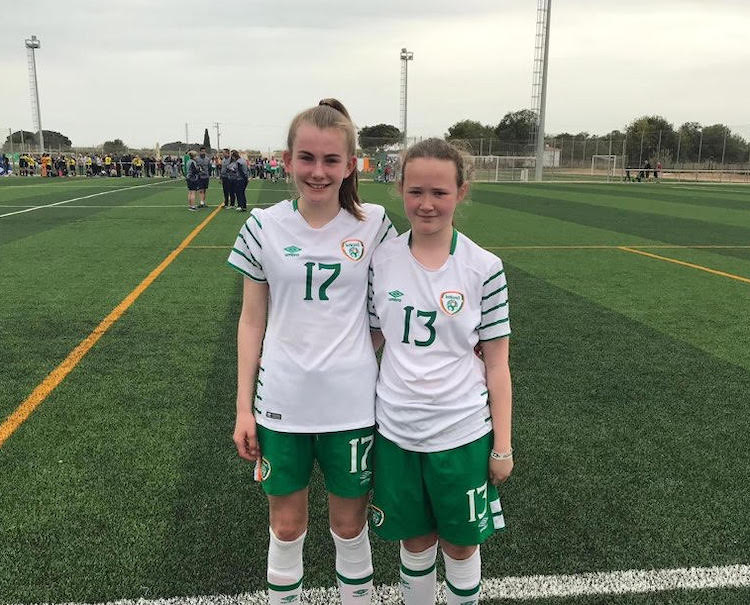 Buncrana schoolgirl Emma Doherty hit a cracking goal as the Republic of Ireland U15 Schools side defeated Scotland in the Bob Docherty Cup.

Doherty made a pacey run down the right wing and a great one-two with captain Ellen Molloy saw her get the ball back at the edge of the box and she rolled the ball under the onrushing Scottish goalkeeper.

Tomorrow’s outing with the Republic of Ireland and England will have an added dimension as they compete for the John Read Trophy which is usually held in March as prep for this tournament.