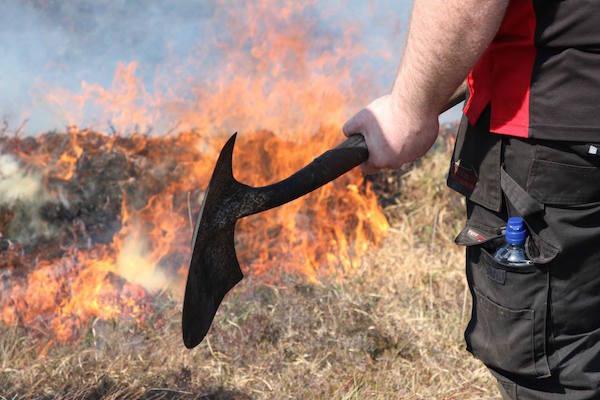 They battled gallantly to stop the huge fire from taking their homes and destroying their community.

And now the people of the West Donegal communities of Annagry and Loughanure are to go into battle once again.

Just days after a fire tried to rip the heart out of their community, hundreds of locals are set to take part in a massive clean-up operation.

Weather-permitting there will be a massive clean-up on the hills from Loughanure to Kincasslagh this Monday night from 6pm until 9pm.

Gloves and bags will be provided to volunteers in a bid to collect many items left behind during the frantic efforts to put out the hundreds of small fires which broke out last weekend.

The items include broken spades, discarded water bottles and facemasks.

A skip will be left at Caisleain Oir to dispose of all the waste that is collected.

People are asked to arrive at 6pm and full co-ordination of the plan will be arranged.