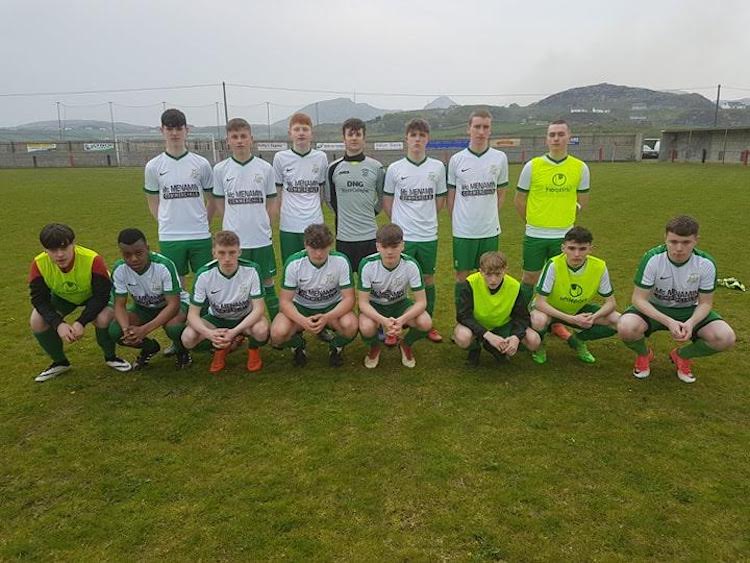 Fanad United and Bonagee United Youths played out an entertaining one-all draw in the Youth League on Wednesday evening at Traigh-a-Loch.

Bonagee were quickest out of the traps and took the lead in the 12th minute. Peter Carr cut in from the left and when his shot from a tight angle struck a Fanad defender and went into the net.

Five minutes later, Carr was set up by the impressive Jack Murphy but his shot was well saved by Dan Kerr in the Fanad goals.

Fanad started to apply some pressure and got an equaliser in the 35th minute.

When Fanad were awarded a free kick, the ball was cleared to the edge of the box where it was met by Aaron Reid who hit a superb volley into the top corner. 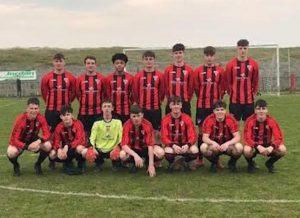 The second half followed a similar pattern with both sides enjoying spells of possession. In the 65th minute, Jack Murphy seen his well hit free from 25 yards held by Dan Kerr.

Fanad did have a chance to get the winner with 10 minutes remaining.

Shaun Kerr went on a good run down the left and when his ball into the box was met by Kane McLaughlin, he was denied by an excellent save by Cian Harkin.

Jack Murphy had another few efforts from long range but both sides settled for a draw.