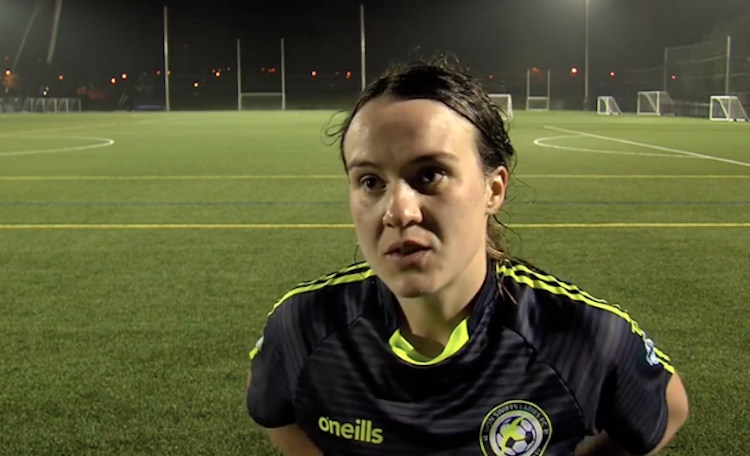 Four minutes from the end, Grant pounced to steer in the only goal of the game at the Melvin Sports Complex in Strabane.

Grant, a 25-times capped Republic of Ireland international, has been recruited by Sion and has settled in well to her new surroundings.

The win for Sion followed last week’s 1-0 loss to Linfield.

“It was a tough game, but we came here feeling good,” Grant said.

“It’s always nice playing at home. We’ve been playing well in training so we just wanted to put that on the pitch today.

“Although it was a long time coming, we deserved the three points. We had a good few chances that we missed, but we’re delighted to get the win in the end up.”