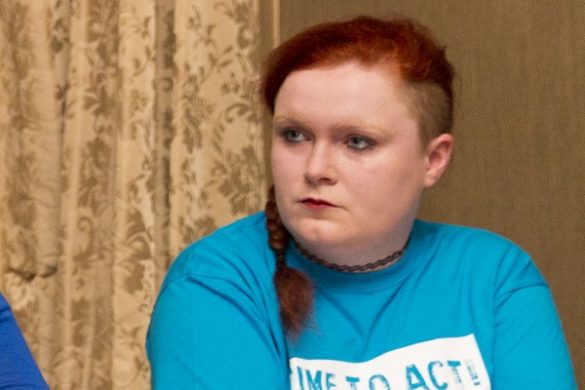 Rape survivor ‘still in a prison’ as attacker loses appeal

A young Letterkenny woman has said that she is living with a ‘life sentence’ after being raped in 2015.

Dominique Meehan (26) said she is still suffering and living with the daily effects of a violent rape which took place as a gaming convention in Dublin.

Her attacker, Keith Hearne (30) of Allenton Drive, Tallaght, lost his appeal against the severity of his 12-year prison sentence on Monday.

Hearne’s sentence was upheld for the rape, oral rape and false imprisonment of Ms Meehan at the Crowne Plaza Hotel in Blanchardstown on July 4, 2015.

In her victim impact statement, Ms Meehan said that her mental health, her daily life and her career have been disrupted by the attack.

She said that she admitted herself to the mental health unit after learning about Hearne’s appeal and struggles with suicidal thoughts.

“I was off college for a month and had to have emergency appointments at my local rape crisis centre for counselling,” she said.

Ms Meehan waived her right to anonymity so that Hearne could be named after his conviction. She said that she is proud of her campaign for rape survivors and women, but she has lost friends and family who did not understand her reasons for going public.

“I have no social life to speak of in Letterkenny because I’m terrified of going outside at night. It takes everything I’ve got to get up in the morning and go to college. My self esteem is non-existent. I am living at home with my parents now so they can take care of me. This is a massive loss to my independence,” she said.

Ms Meehan explained that her daily actions are impacted by the brutal rape.

“I can’t lock doors, I can’t sleep on my right side, I’m a movie buff and I have to spoil movies on myself to make sure there’s no violence against women in them,” she said, adding that she has nightmares about being pregnant with Hearne’s baby and self-harmed in the months after the attack.

Ms Meehan, who is studying to be a youth worker, said she is struggling to complete the course and considered dropping out due to the stress of the appeal.

Four years on from the attack, Ms Meehan said that she and her family cannot celebrate her birthday or Christmas, as she lives with two dates in mind – the day Hearne was jailed and the date of her rape.

She said: “I’m still in a prison he has created for me on the 4th of July 2015. And I will be feeling the effects for the rest of my life.

“Every year that goes on, people look at me and think that I should be over this by now. This is a life sentence. Keith Hearne only has to serve twelve years, possibly less, and then it will all be forgotten about. You tell me how that’s fair.”

If you have been affected by this article, support is available with the Donegal Sexual Abuse & Rape Crisis Centre – Freephone: 1800 44 88 44 www.donegalrapecrisis.ie

Rape survivor ‘still in a prison’ as attacker loses appeal was last modified: May 14th, 2019 by Staff Writer