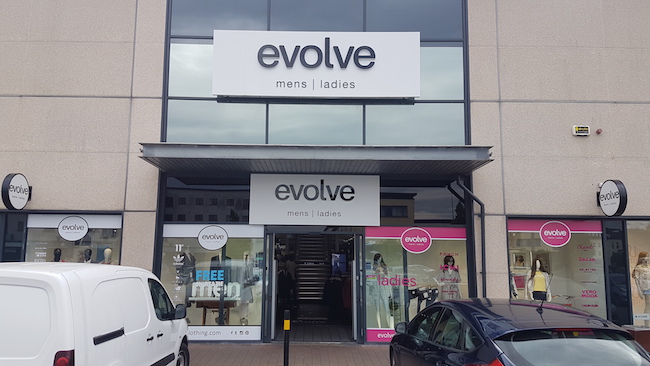 Three men who were part of a gang which used a sophisticated device to dupe a credit card machine helped steal more than €2,500 from a Co Donegal clothing store.

The trio appeared at Letterkenny District Court where they faced various charges relating to the swindle.

The court heard how the men were part of a group of men who arrived at the leading Evolve Menswear store in Letterkenny in July, 2018.

However, Detective Garda John Murphy told the court how the man, who is still wanted by Gardai, used a device to over-ride the normal credit card system. 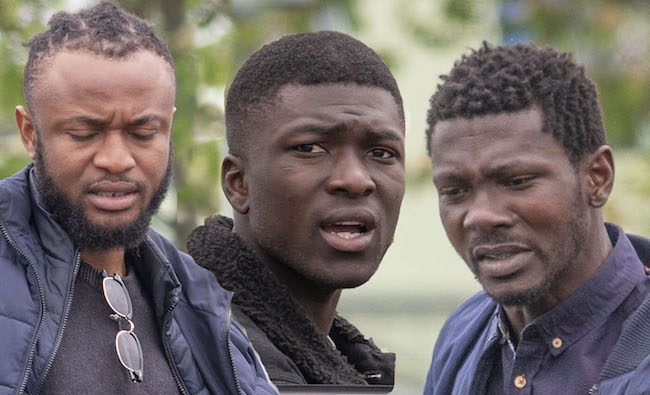 The three men who were charged with theft from Evolve Menswear in Letterkenny. Pic by Northwest Newspix.

Solicitors Patsy Galagher and Frank Dorrian representing the men said the unidentified man seen in CCTV footage encouraging them to pick clothing was the instigator.

He said the men foolishly agreed but must have known that something was not right.

All three men charged with the thefts are German nationals, the court was told.

Kwabena Owusu Kyei of 28 Gardiner Street, Dublin was charged with stealing €1,250 worth of clothing from Evolve Menswear on July 12th, 2018.

Chukwuma Uzoezie of 55 Mountjoy Square, Dublin was charged with stealing €1,307 of clothing on July 11th and €1,250 on July 12th at Evolve Menswear.

The third man Alpha Fadiga with an address at Convoy, Co Donegal was charged with stealing €1,250 of clothing from the same store on July 12th.

Passing sentence Judge Paul Kelly said these were very serious theft charges committed by a group who had clearly found a sophisticated operation to carry them out with.

He fined Uzoezie €100 and ordered him to pay €400 to the proprietors of Evolve by way of compensation.

Kyei and Fadiga both had their cases adjourned until September 19 for the preparation of community service and probation reports and to allow them to come up with compensation for the clothing store.

Garda Inspector Sean Grant applied to have the clothing given to the local branch of St Vincent De Paul.