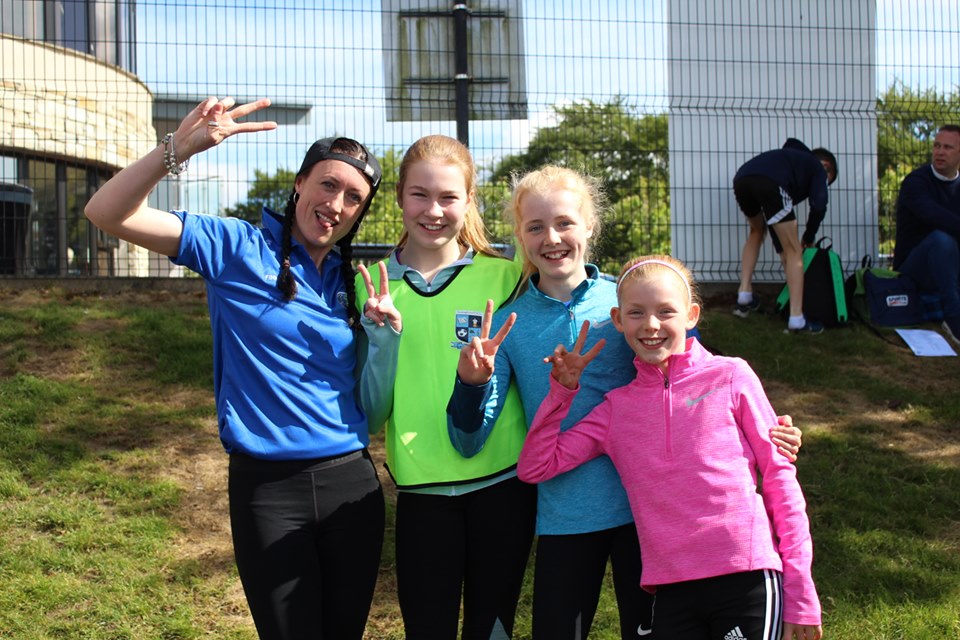 The Finn Valley Centre was a hive of activity today for the hosting of the 49th annual primary schools athletics.

An event that began in the early 1970s at Sean MacCumhaill Park has evolved into one of the most popular dates on the local athletics calendar.

Almost 1,200 children, drawn from schools all across the north west, converged at Finn Valley AC today for the big event.

Some of Donegal’s top athletes first cut their teeth at this event over the years and, who knows, maybe a budding Olympian was among the large crew of participants today.

It was the culmination of regional qualifiers in which some 4,000 children in the Donegal area had participated, a serious level of participation led by the team at Finn Valley A.C. supported by students from the Finn Valley College.

Picture special and all the results from Primary School Sports at Finn Valley was last modified: May 22nd, 2019 by Chris McNulty