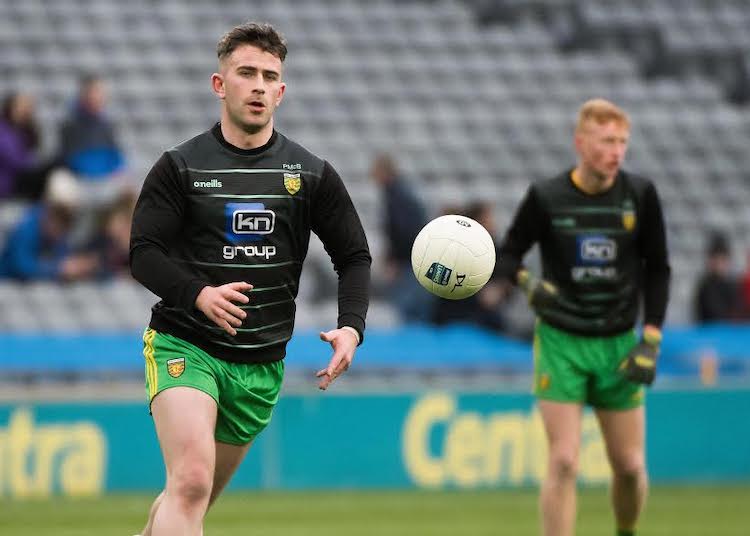 written by Chris McNulty May 23, 2019
FacebookTweetLinkedInPrint

PATRICK McBrearty looks poised to make his return for Donegal in Enniskillen on Sunday.

The Kilcar man underwent surgery and was recently back in action for his club in the All-County League.

With Oisin Gallen, who picked up a shoulder injury playing for Sean MacCumhaills in Cloughaneely last month, rated as extremely doubtful for Sunday’s showdown with Fermanagh, McBrearty seems set to to be thrust under the Brewster Park spotlight.

“I had no doubt that he would come back such is the quality of the man and he has worked like a professional,” Donegal manager Declan Bonner said.

“It was a tough, lonely road.

“A lot of the time is on your own doing the work. We have a great backup team and they worked really hard with him to get him back quickly.

“We learned that he did the ACL and we knew that it would be a long road back. He’s come back in a really good place and he worked extremely hard. Hopefully it’ll be a big summer for him and for the rest of us.”

McBrearty had been Donegal’s top marksman and one of the leading forwards in the country when he was forced off in Clones.

Bonner said: “The quality of the player is unquestionable. He was on the top of his game when he got the injury. He was a huge loss for us.”

Gallen, meanwhile, is joined on the doubtful list by Buncrana’s Caolan McGonagle ahead of Sunday’s clash.