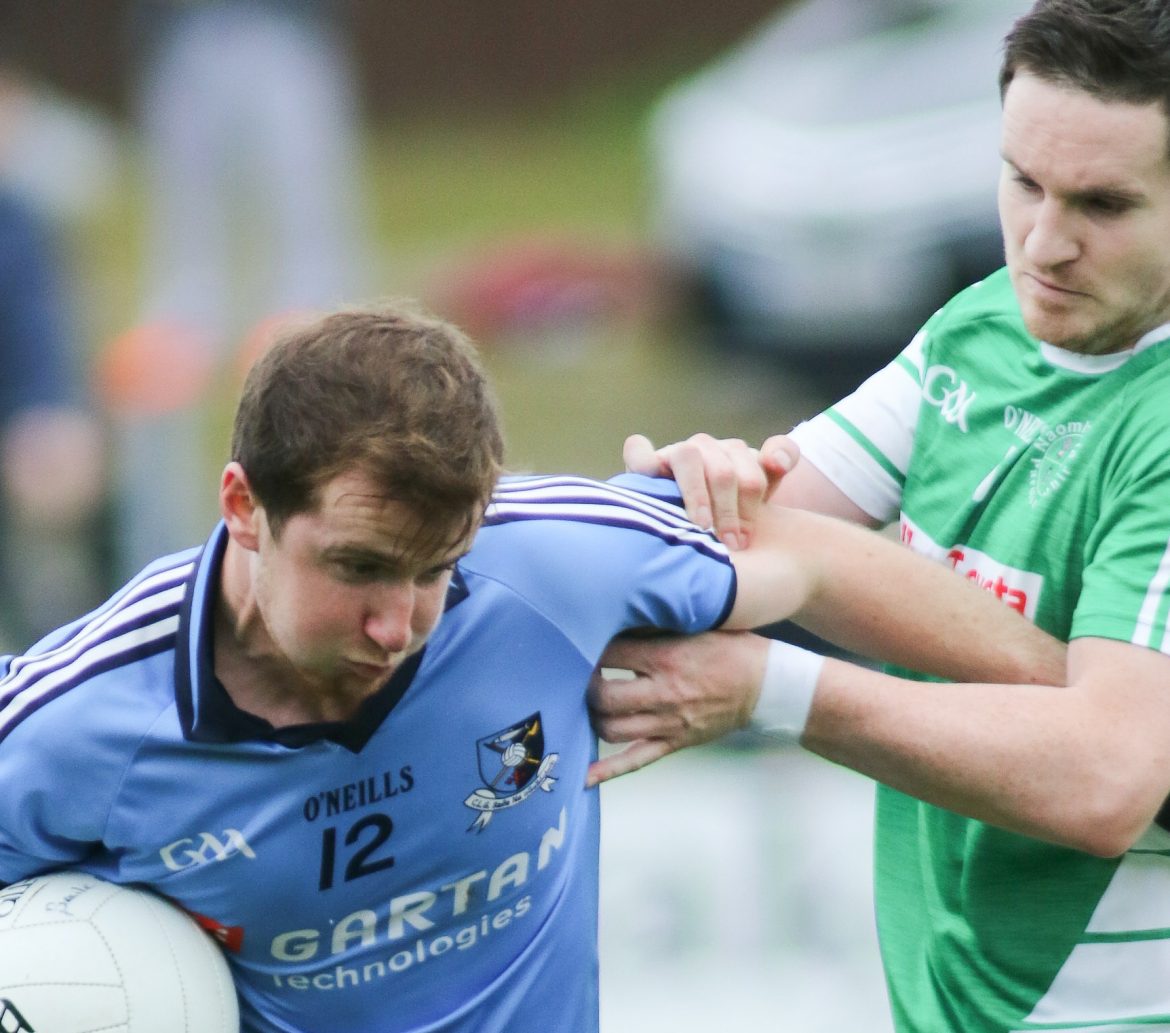 Listen: Cathal McGettigan says Division One survival is a must for Milford

McGettigan scored 3-5 as Milford chalked up a second win of the season in a big relegation battle at Moyle Park, with Danny O’Donnell’s men running out 5-8 to 1-12 victors.

“We were clinical in the second half and that’s what you need at this level,” McGettigan told Donegal Daily/Donegal Sport Hub afterwards.

“We were frustrated at half-time. It was nervy enough at half-time because we knew we had to win it.

“It’s a big four-pointer. We weren’t good against Cloughaneely last week and we had to show a bit of fight. We stepped up. A lot of boys played out of their skin. We need to build on that now.”

Milford had to overcome the sending off of midfielder Luke Barrett to get the win.

And McGettigan believes that Division One survival is vital.

He said: “It’s huge. You’re playing against the best in the county and it really does make you better.  Division Two is a good standard, but Division One is where you want to be.”