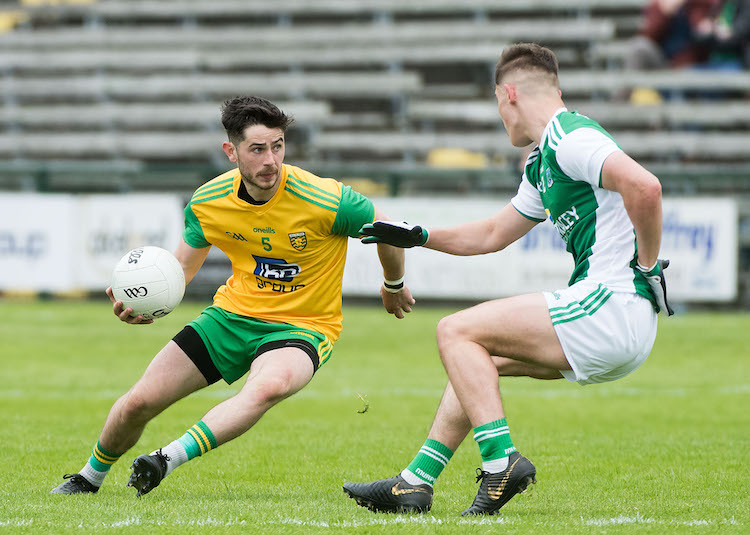 Now, for Tyrone: Donegal get ready for another Red Hands clash

written by Chris McNulty May 27, 2019
Facebook0Tweet0LinkedIn0Print0

That Declan Bonner was asked as many questions about Tyrone as he was about Fermanagh was an indicator of just how quickly things move on.

As he stood in the centre of a media scrum at Brewster Park yesterday, in the wake of a 0-15 to 0-9 win over Fermanagh, the minds were already turned to Saturday-week.

The return of Patrick McBrearty – who contributed five points – was vital as Donegal avoided slipping on the banana skin flung to the turf by Rory Gallagher.

Tyrone, who made light work of Antrim on Saturday night, are waiting in the semi-final, pencilled in for 5pm on June 8 at Breffni Park.

It will be an eighth Championship meeting of the counties in nine years.

The pendulum has swung in Tyrone’s favour again, with the Red Hands winning the last three Championship match-ups, including last year’s Super 8 fixture in Ballybofey when a second-half surge put them into the All-Ireland semi-finals.

“There is no doubt that was a big hurt,” Bonner said after seeing his side overcome Fermanagh yesterday.

“We felt we played very well for 50/55 minutes and we were four points up but we did not finish the game out and Tyrone deservingly kicked 2-2 in the last 10 minutes. That was disappointing to lose.

“But will that a bearing on Saturday-week? I am not too sure. We are going to go to Breffni and try and improve on the performance and hopefully get a result.”

At the weekend, Mayo slipped into the qualifiers while Monaghan fell last weekend, but Bonner wasn’t too keen to discuss anything from another stage.

He said:”Donegal v Tyrone is always important, it doesn’t matter what else is happening.”

Donegal took 18 minutes to score yesterday, but patience, experience and discipline were key as they toppled Fermanagh.

Bonner said: “Forwards win games, that’s the bottom line. We have this quality within that group but apart from quality also they work hard and are real leaders within the group.

“From our point of view to have the likes of Michael (Murphy) and Patrick (McBrearty), Frank (McGlynn) off the bench, Leo (McLoone) and these guys, Paddy McGrath, that’s real quality and leadership that is vital for the younger lads.”

The Donegal manager is optimistic for the possible returns to the fold of Oisin Gallen and Caolan McGonagle for the semi-final.

He said: “In football, you never know. They’re not too bad, we’ll see how they get on. We have four or five training sessions between now and then and see how the bodies are after that.”