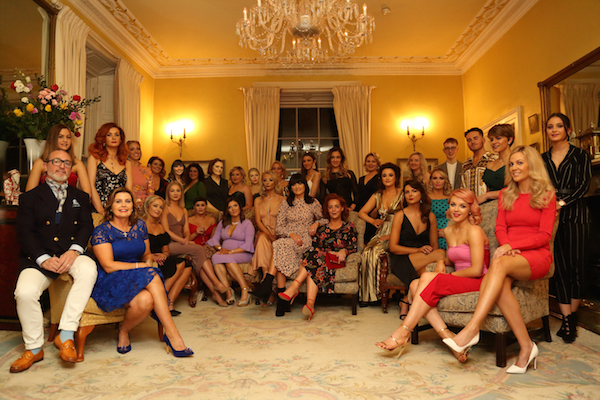 The amazing achievement comes after great success in many other awards this year including RSVP’s Best Salon in Ulster and The Irish Hairdressing Federation’s Best Hairdresser in Ulster.

The RSVP awards have been hugely successful for a number of years representing the Crème de la Crème of the hairdressing industry.

This year it was even more competitive with 38 salons battling it out to be crowned the “The Best Salon in Ireland”, votes were cast in all four corners of the country but in the end there was only one winner!

Commenting on this prestigious Award Patrick said “Our team are absolutely delighted with the recognition we have received this year and to be given the title of “Best Salon in Ireland” as voted by the people is absolutely amazing.

“We take great pride in representing Donegal in the Hairdressing industry and are thrilled that so many people wanted to vote for us. It means so much to everyone. This is a fantastic achievement for our team and we would like to thank everyone for voting”.

RSVP said the RSVP Hair Awards 2019 want to reward those salons, stylists, colourists and creative geniuses who continuously push the boundaries in a very competitive industry.

“Your locks couldn’t be in safer hands with this team of 30 who ooze passion, energy and are constantly striving for excellence. Congratulations once again to the Patrick Gildea Hairdressing Team.”