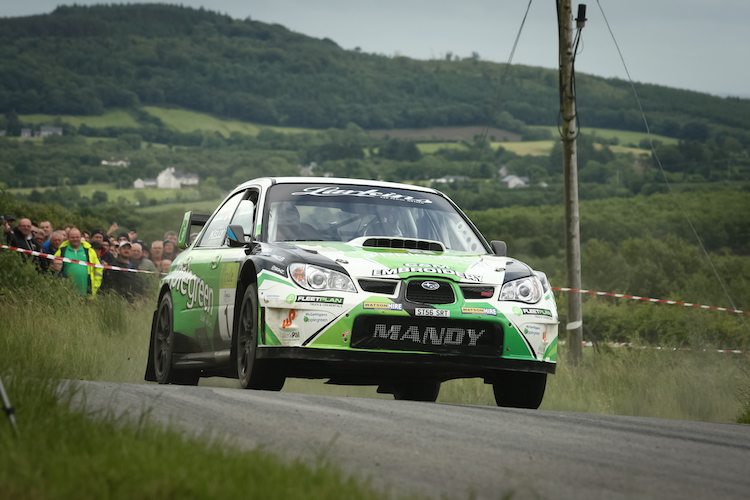 Out of the Block: Excitement building for Donegal Rally

With less than two weeks to this years Joule Donegal International Rally, in association with the Pulse Nightclub and The Mount Errigal Hotel the buzz around Letterkenny is starting to build.

Accommodation for the rally weekend is at maximum capacity throughout the county.

It looks as if it’s going to be a bumper start to the tourist season for the hospitality sector.

The rally is a truly international event in 2019 with International Superstar Ken Block and his Hoonigan Racing Team making the trip from the USA.

Block has a massive online presence with approximately 13 million followers, one of his recent YouTube videos has being viewed over 100 million times.

Ken is competing in Donegal as one of only seven rallies across the globe that he is bringing his special Escort Cosworth.

Block and co-driver Alex Gelsomino will start with number 43 on the door as this is his preferred number.

Starting at number 2 are WRC returnees Craig Breen and Paul Nagle, in a Fiesta WRC.

This signals Craig’s intention of fighting for overall victory. There are many other entries from Australia, Canada and America.

The majority of entries for the rally are made up of crews from Ireland and the UK.

Donegal is a rallying stronghold, over 90 of the 200+ cars starting the rally in all categories will have at least one Donegal person in the car. This proves the passion for Rallying that runs the length and breadth of this county.

Our winners from the previous three years Manus Kelly and Donall Barrett will lead all the crews from the An Grianan Theatre at 11am with number one on the door to complete six stages in the Buncrana, Burt and Manorcunningham area.

Service will be based in the old council yard, Letterkenny opposite Aldi. Cars will be in service at approximately 1.50pm and 3.50pm

Saturday will see eight classic stages, with names such as Gartan, High Glen, Knockalla and Carnhill these are the stages that crews salivate over when they talk about the Donegal Rally.

The real sting in the tail will be the Sunday stages, the traditional Sunday stages of Fanad and Atlantic Drive are joined by another classic from yesteryear Port Lake, these three stages run twice really encapsulate the true challenge of the Donegal stages.

Service for all crews on Sunday is once again at the Milford Mart and they due there at 11am and 2.30pm