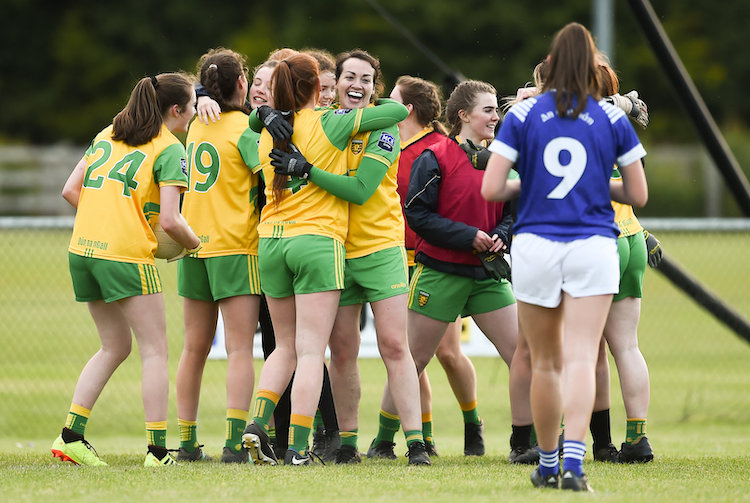 Listen: ‘Sheer hard work and effort got us back’ – Maxi Curran

DONEGAL LADIES manager Maxi Curran praised his side’s resilience as they overcame Cavan to reach a third Ulster final in a row.

Donegal came from five points down, inspired by Geraldine McLaughlin – who kicked 14 points – to win 0-24 to 2-13 in Killyclogher after extra time.

“They really put it up to us, but we knew what was coming,” Curran told Donegal Daily/Donegal Sport Hub afterwards.

“We sailed close to the wind. We were five down and it wasn’t looking good. We just kept in it. It was sheer hard work and effort that got us back into it.

“With 15 minutes to go, we had to have a real cut at it. The seasoned girls had belief and know how.”

Cavan looked to be on their way to the decider, but McLaughlin pulled the embers from the fire in extra time.

Donegal have won the last two Ulster titles and Curran believes this win will stand to his charges.

He said: “It asked a lot of questions of us. This is a new team and they have to find themselves. What they’ll get out of this is massive that they can go to the well when the backs are to the wall.”