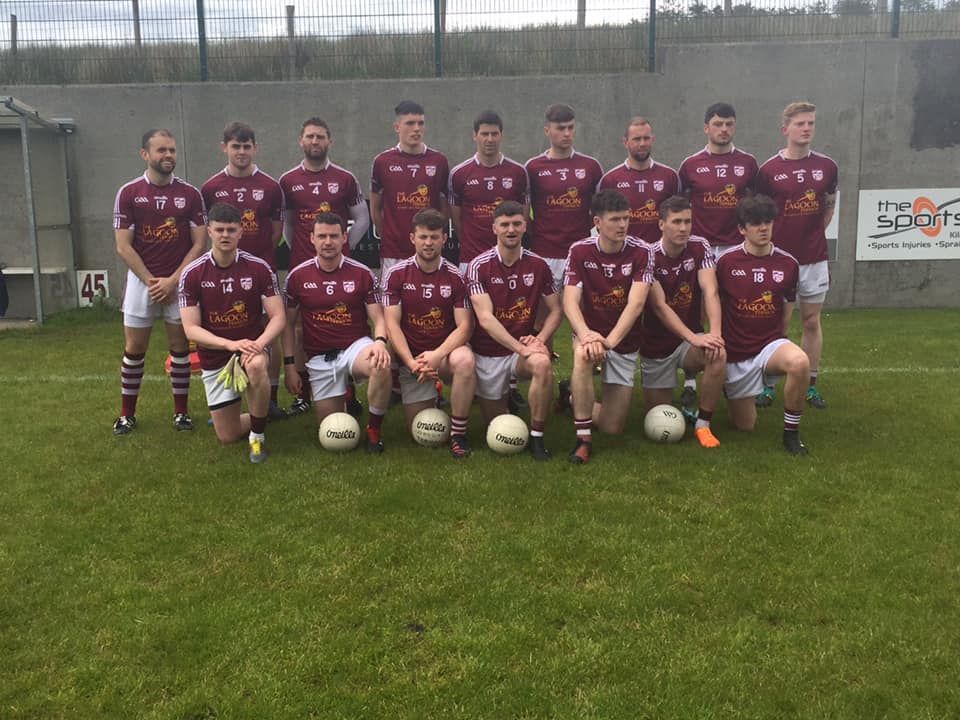 DAIRE MCDAID kicked nine points as Termon – who played with 14 men for the whole second half – proved too strong for Four Masters.

Termon got the dream start when an attempt for a point from Ricky Gallagher fell short but the alert Caolan McDaid was on hand to touch it to the net.

A free from Daire McDaid was followed up by a right footed point from the same player.

Termon added to this with a superb point from Enda McCormick off the outside of his right boot.

The visitors took over for ten minutes and notched their first two scores of the day from play by Conor McDaid and Oisin Reid.

A fine Christy Conaghan score from play and another from Daire stretched the Termon lead and they were 1-5 to 0-7 ahead at half-time.

Termon played for the second half with 14 men after Enda McCormick was sent off late in the first half.

Daire McDaid took his tally to six as Termon reeled away and Dan Connaghan, a hang-time substitute, fired in a second Termon goal to continue their dominance.

Daire McDaid and Aidan Sweeney added points to open up an eight-point lead for the home side.

When John Boyle’s free dropped into the Termon net, the visitors had faint hope, but time was ticking.

In added time, after Daire McDaid and Nathan McElwaine clipped points to steady the nerves of the hosts, Jamie Crawford got a second Four Masters goal.