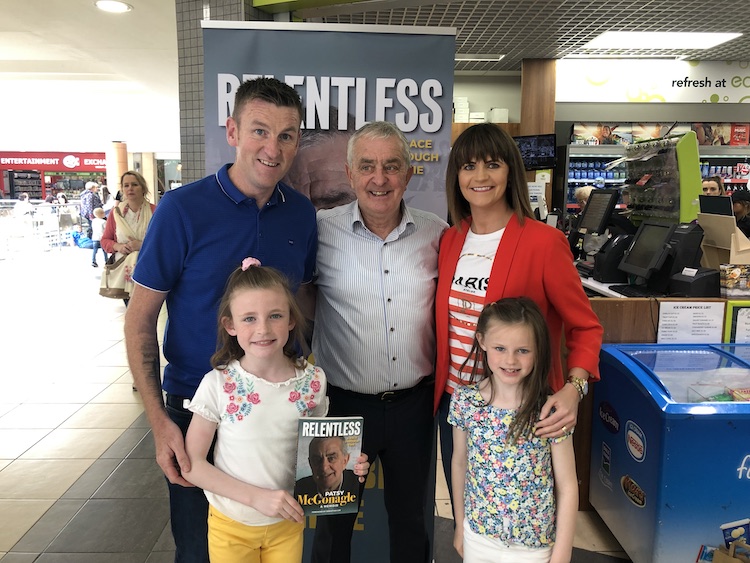 Picture special: Faces from the past join Patsy McGonagle at book signing

THERE WERE windows to the past for Patsy McGonagle at a book signing in Eason’s, Letterkenny Shopping Centre on Saturday afternoon.

At a book signing in Letterkenny on Saturday, a large crowd again turned up to get copies signed by the Ballybofey man.

Among those to attend on Saturday were three-time European medallist Mark English, who McGonagle describes in the book as ‘the most talented athlete that we have ever produced in the north west of Ireland. Ever.’

Margaret Synott, one of the leading members of the Finn Valley team that won eight national senior cross-country titles in a row during the 1990s, was another who came in to reminisce.

McGonagle was Irish athletics team manager for 25 years, during which time he led the cream of Irish track and field (including Sonia O’Sullivan, Heffernan, David Gillick, Derval O’Rourke and Mark English) into 4 Olympic Games, 6 World Championships and 6 European Championships.

To buy a copy of ‘Relentless: A Race Through Time’ click here 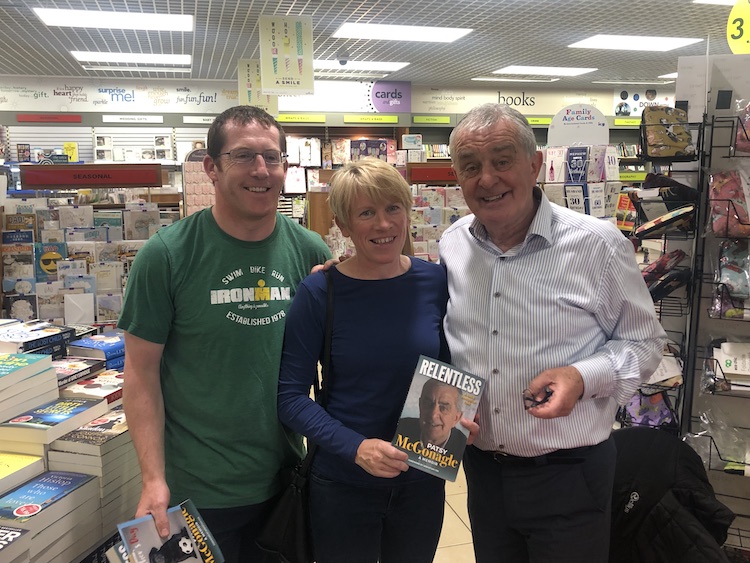 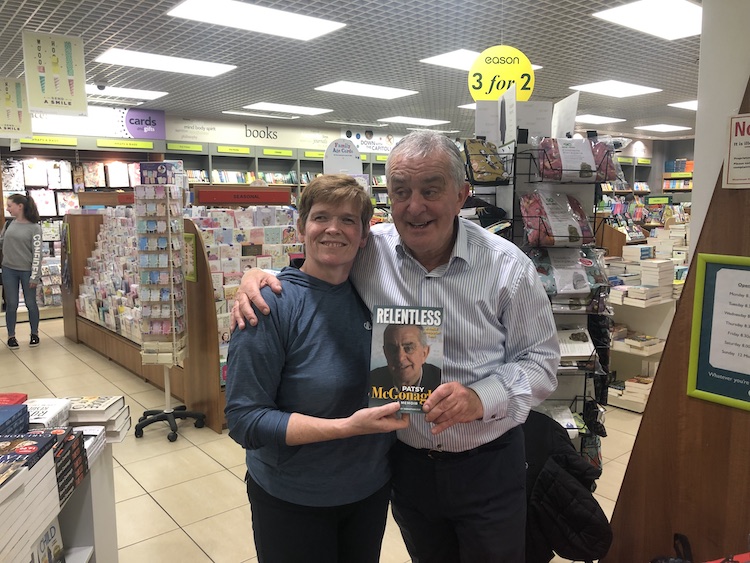 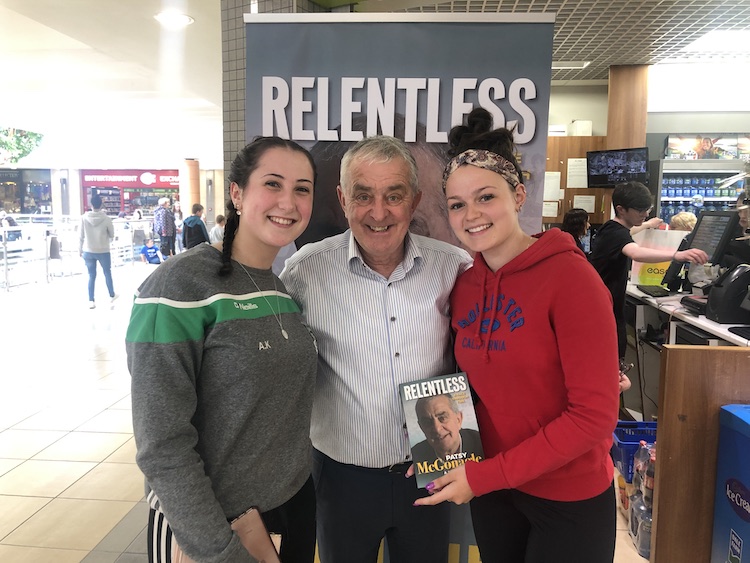 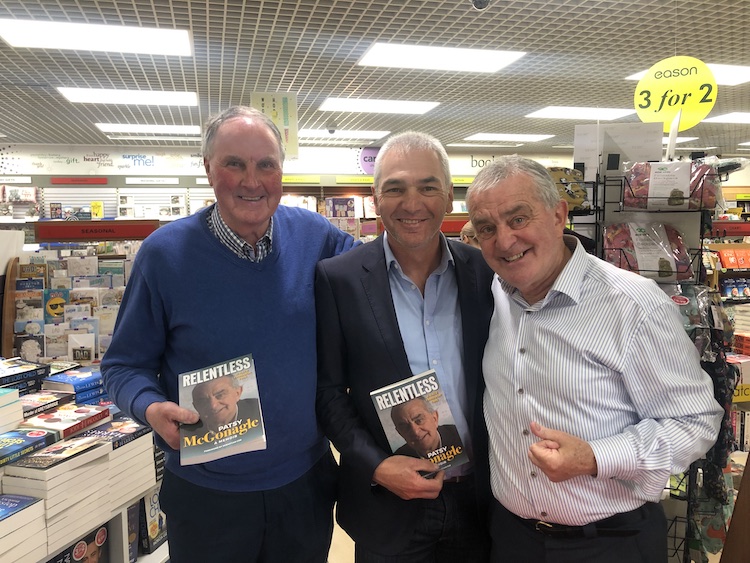 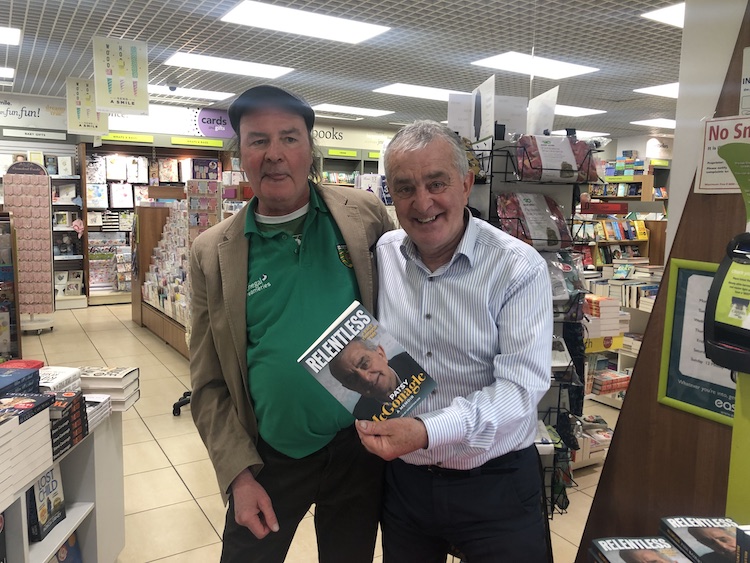 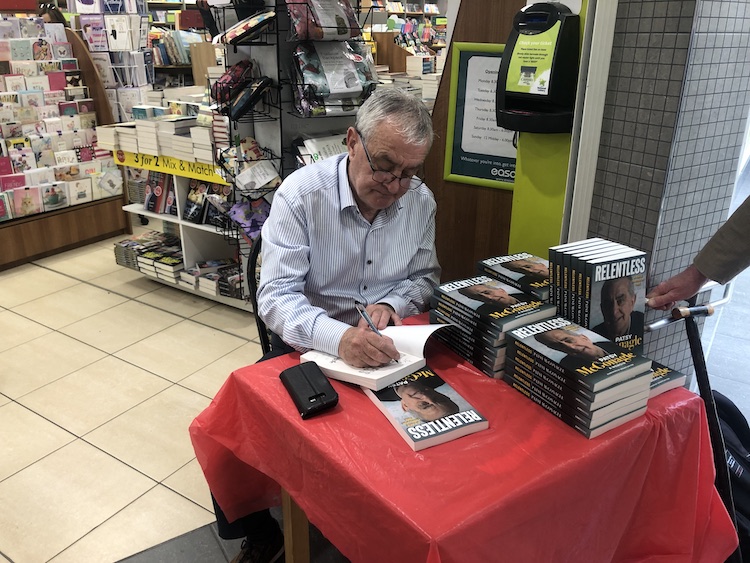 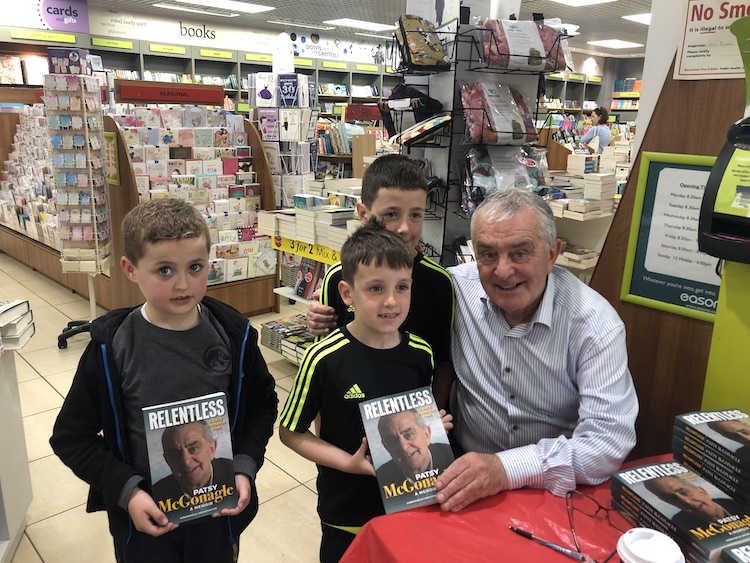 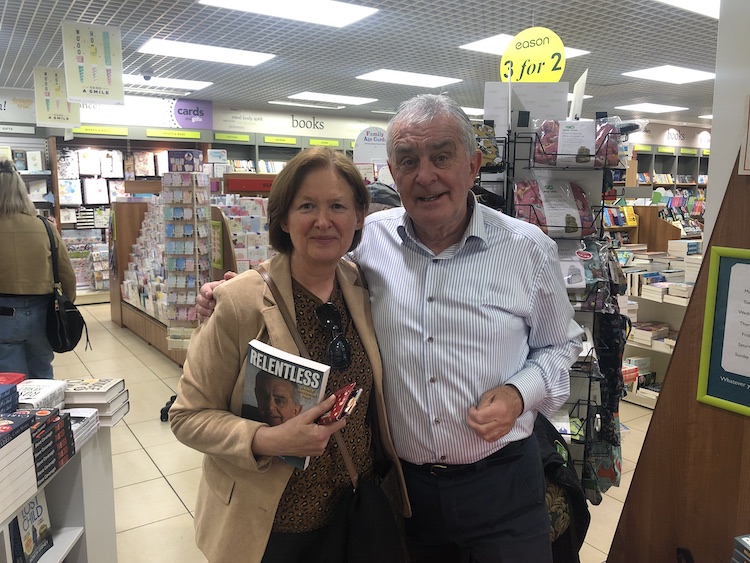 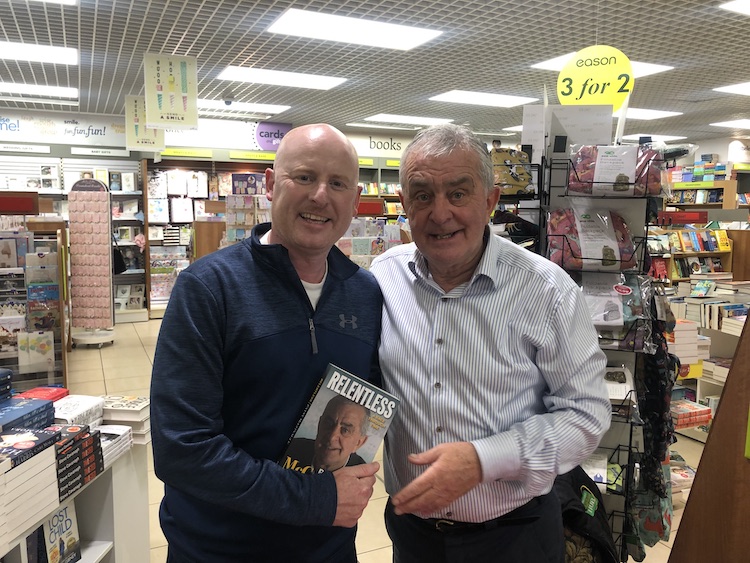 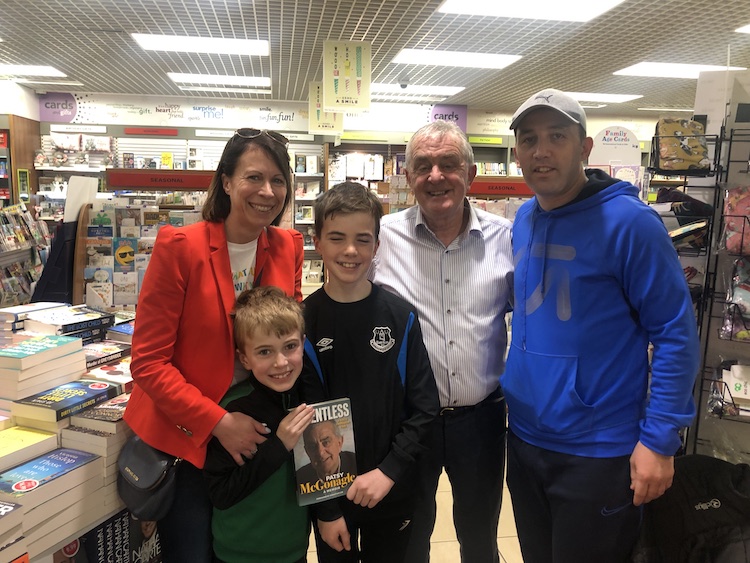 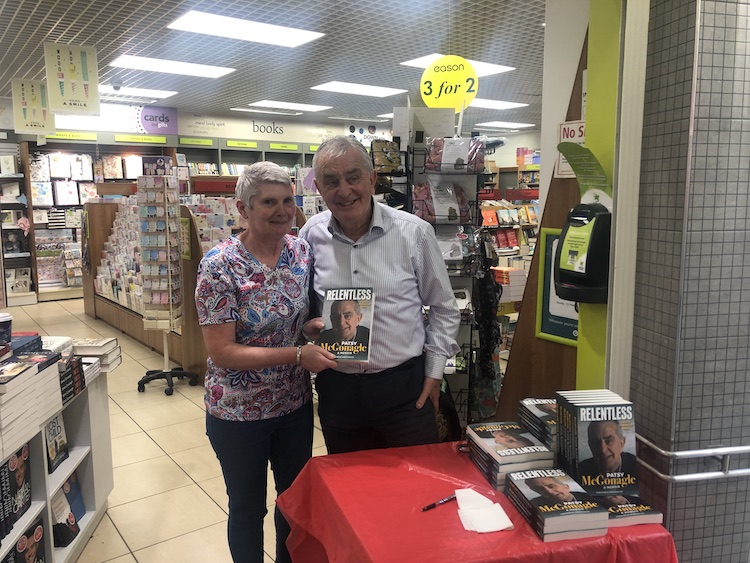