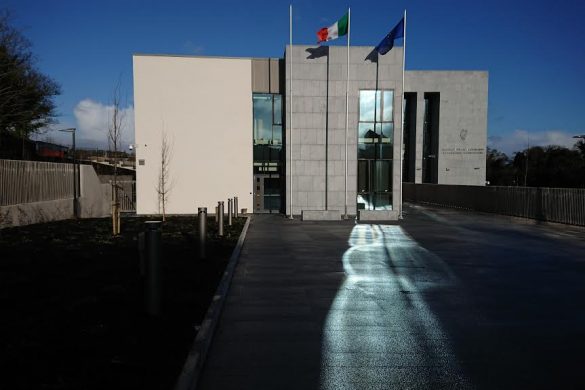 No earthquake as Rathmullan man fined in court

A RATHMULLAN man, who was found sleeping on a picnic table outside a Milford hotel, has been fined in court.

On October 6, 2018, Garda McHale came across a man, known to her as Oliver Shovlin (43) of Clondallion, Rathmullan, outside the Mulroy Woods Hotel.

“He didn’t know where he was or how he was getting home,” Garda McHale told Letterkenny District Court, where Shovlin appeared charged with being intoxicated in a public place.

“Taxis were unwilling to come to collect him. He was asleep on a wet night and was very intoxicated.”

A fixed charge penalty notice was issued, but went unpaid.

Solicitor for Shovlin, Patsy Gallagher said his client was ‘in no danger to anyone else’.

Garda McHale said: “It was a wet and cold night and he could have caused serious harm to himself if he had stayed there. He could have hurt himself on the concrete if he had fallen.”

Addressing the court, Shovlin, who estimated that he had eight or nine drinks in the hotel, said: At no point was I sleeping. I wasn’t causing no bother to anyone.

“She’s making a mistake. I was speaking to a taxi man and he arranged to come back for me. I was laying on a table, not sleeping. The guards came and told me to get off. I was talking to then for about ten seconds.”

Sergeant Jim Collins put it to Shovlin that perhaps he was more intoxicated than he thought, to which Shovlin replied: “Unless there was an earthquake, maybe!”

Judge Paul Kelly said that Garda evidence was ‘without exaggeration and without gilding of the lily’.

“I think the facts have been proven,” Judge Kelly said.

Judge Kelly imposed a fine of €100, giving Shovlin, who has a total of 39 previous convictions, six months to pay.

No earthquake as Rathmullan man fined in court was last modified: June 21st, 2019 by Chris McNulty