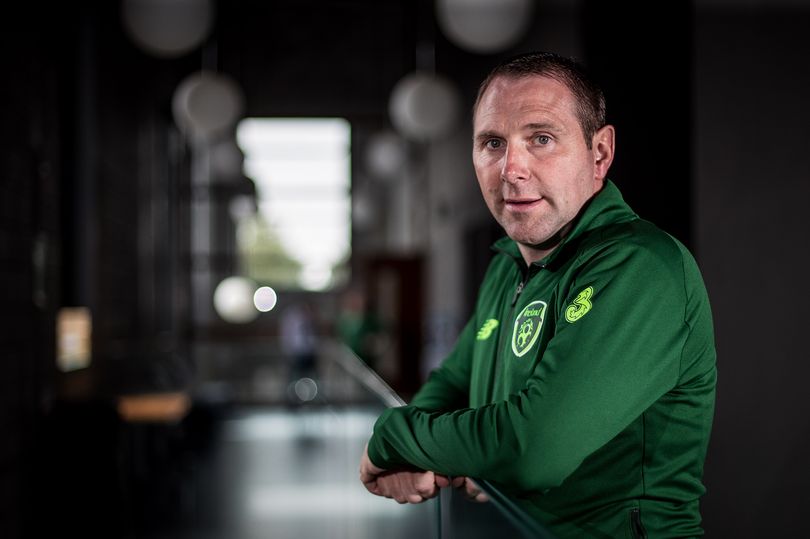 TOM MOHAN expressed his delight as the Republic of Ireland Under-19s reached the U19 European Championship semi-finals.

Goals from Jonathan Afolabi and Barry Coffey gave the Boys in Green a 2-1 win over Czech Republic today.

Coffey struck the winner after a goal by Vasil Kusej had cancelled out Afolabi’s opener at the FFA Academy Stadium in Yerevan.

“The boys were fantastic. Even when it was backs to the wall, they dug so deep and under real pressure.

“We had to try and play out against a real strong, aggressive team. The boys showed real courage when we needed fellas to stand up.”

Ireland now face Portugal, the holders, in a semi-final on Wednesday.

Mohan said: “It reflects the spirit in the camp. They’re great fellas and we’re absolutely delighted.

“They have worked really hard and we have put a massive effort in.

Mohan and co are without several stellar players, including Troy Pattott, Adam Idah, Michael Obafemi, Nathan Collins, Conor Coventry and Aaron Connolly as the competition falls outside the FIFA window, meaning clubs have the say.

Ireland will be without Afolabi and Lee O’Connor for the semi-final after they received late yellow cards.

Mohan said: “It’s a bitter one but we won’t let that affect the joy of winning today.”

Republic of Ireland manager Tom Mohan is "full of pride" after watching his team win to make the last four at the U19 European Championships. #U19EURO pic.twitter.com/vNmV8BmHEO