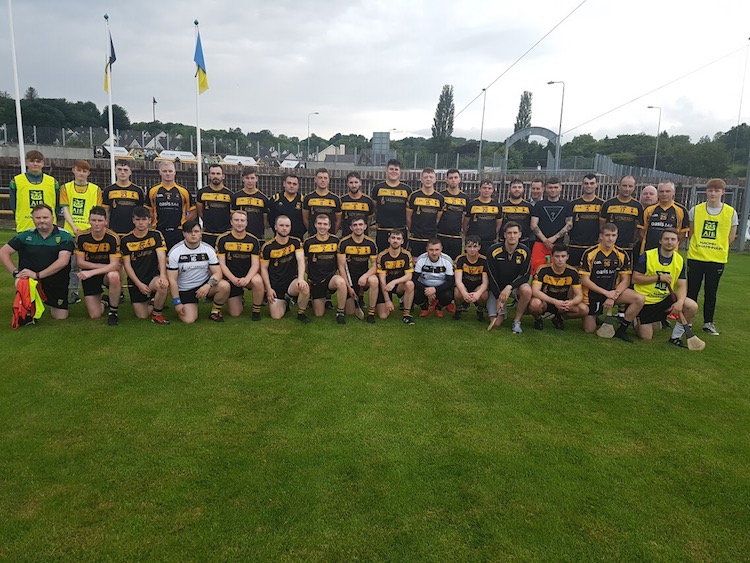 Sean McVeigh and Kevin Kealy (2) struck early for the home team, but after Stephen Gillespie (2) and Pierce Harrigan levelled affairs, a young Burt team opened a two point lead in the first ten minutes through a Jack Lavery score and another Harrigan free.

A Conor O’Grady free and a point from Thomas Hartnett point closed the gap again.

The game turned in the 13th minute when Kealy broke though the visitors’ defence and McVeigh finished a rebound to the net.

This sparked a run of six unanswered points from the Letterkenny team over the next ten minutes, with long range scores from Colm Flood and O’Grady and strikes from McVeigh (2), Kealy and Cian Randles.  Burt mounted a comeback with three points from Harrigan.

A further opportunity to draw closer was missed when Cian Hennessy deflected a point blank Dara Grant effort over the bar on 26 minutes.

The home team finished the half strongly with two late scores from McVeigh and Randles, leaving seven points between the teams at the interval, 1-13 to 0-9.

St. Eunan’s took control of the game early in the second period.

With their strong defence providing the platform they reeled off seven points from PJ McBrearty (2), O’Grady (3) and McVeigh (2) before Randles struck a 39th minute goal past the outstanding Paul Burns to open an insurmountable gap.

Kevin Glenn finished a high ball to the net for the away team two minutes later and Harrigan pointed another free.

St. Eunan’s Kealy was a constant threat, and he and Darragh McCarthy scored again before Sean Halvey fired their third goal in the 50th minute when he was on the end of a fine team move.

Two Harrigan frees were followed by a Burt goal from Conor Carlin after a goalmouth scramble with five minutes remaining.

St. Eunan’s closed the game with three late points by O’Grady, Halvey and Kealy to run out comfortable winners.