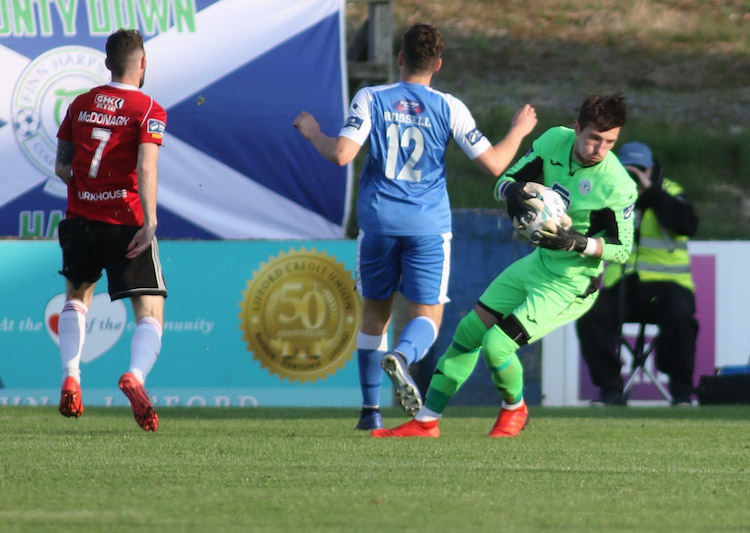 Listen: ‘We need to get better’ – Ollie Horgan cautious in spite of derby victory

OLLIE HORGAN acknowledged the role of clean sheets in his side’s fine recent run of form.

Harps have kept four clean sheets in their last five games and tonight’s 1-0 win over Derry City at Finn Park is their third win in that spell.

“We have beaten a very, very good side tonight,” Horgan said after Harry Ascroft headed in the only goal of the game.

“We ran our luck and it was backs-to-the-wall stuff.

“Thankfully we didn’t concede early. Mark Anthony made a great save before half time and one early in the second half. Had we gone behind, it would have put a different complexion on the game.

“A lot of the same defenders who conceded multiple goals as we went along are there tonight. They have dug in.”

Harps are three points better off than UCD at the foot of the standings, but the Harps boss warned: “We need to get better, in reality. We need to create more to get to a play-off spot.

“There was no point wallowing in the UCD defeat and there is no point getting carried away with beating Derry.”