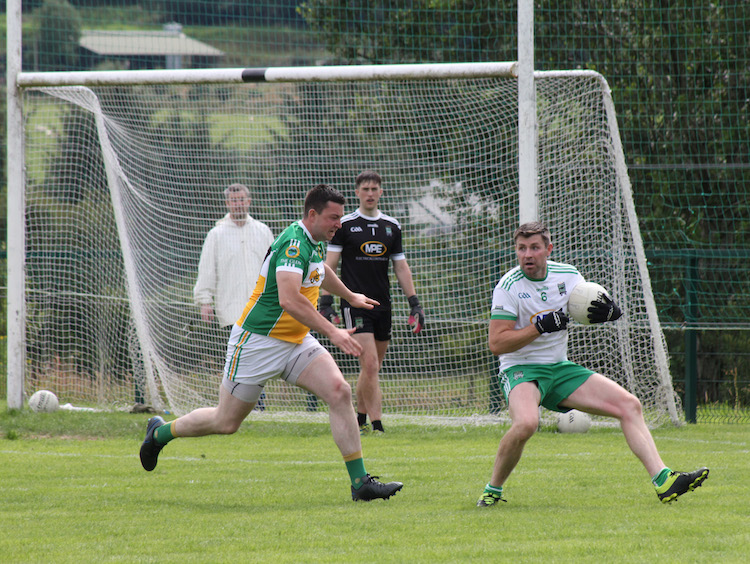 Goals in either half by Darren O’Leary – who top-scored with 1-6 – and Aaron Kelly gave MacCumhaills a win from a game that was much tighter than even its final score suggests.

As they headed down the stretch, Kelly’s goal had helped MacCumhaills to lead by four points.

O’Leary widened the gap to five but when Leon Kelly fisted to the bottom corner, it was game on.

O’Leary and Joe Gibbons traded quick-fire scores, but it was MacCumhaills who kept their heads in injury time.

Glenswilly couldn’t get a connection to a free dropped in by Ciaran Bonner – who hit five points for the hosts – and Nathan Gavigan and O’Leary, with a ’45, took Bernard McGeehan’s men clear to seal a vital win.

Bonner swung a superb brace, both from the left-hand side, as Glenswilly began well to hold sway, but only just, in the opening exchanges.

Caoimhin Marley nailed a ’45 as Glenswilly moved 0-3 to 0-1 in front by the seventh minute, but they were rocked back on their heels when O’Leary netted. 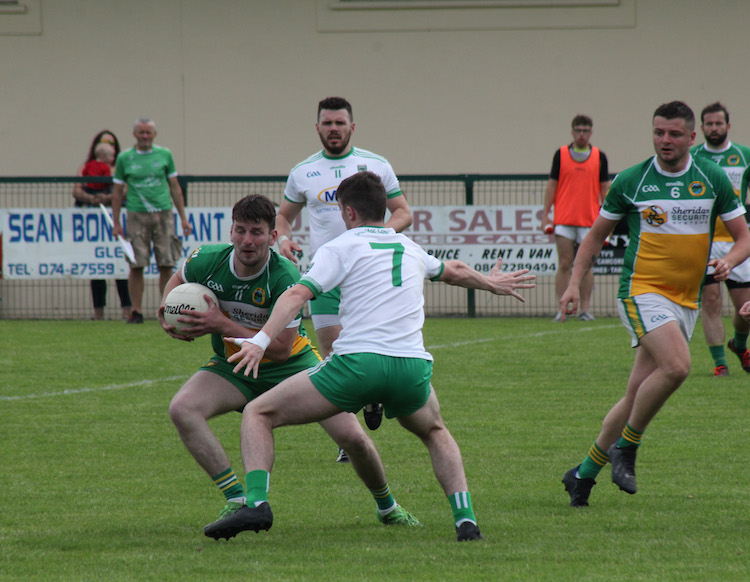 Aaron Kelly’s pace tore down the right channel. Kelly off-loaded with an inviting pass across goal and the waiting O’Leary steered home from close range.

Seven minutes later, after Bonner and O’Leary swapped frees, the MacCumhaills full-forward had the ball in the net a second time. Just as O’Leary was lashing high to Philip O’Donnell’s net, referee Mark Dorrian gave a free out, deeming that the player had picked the ball straight from the Pairc Naomh Columba turf.

Midfielder Leon Kelly landed two majestic efforts from distance, one of which he angled over after winning a kick out in added time.

O’Leary, with a free from beyond the ’45, and Gary Wilson, briefly opened up a three-point lead before Kelly struck, with a little assistance from an upright.

With the last act of the opening half, Steven O’Reilly – who replaced the injured Gavin Gallagher after only four minutes – hoisted MacCumhaills into a 1-7 to 0-7 lead.

Gibbons, Mark McAteer, Brian Farrelly and Bonner swung the pendulum with the first four points of the second half as Glenswilly hit back.

But when Kelly surged in to slam past O’Donnell, MacCumhaills had the upper hand once more. Indeed, it took a strong save by O’Donnell – featuring for the first time this year for Glenswilly – to prevent Kelly from bagging a third goal.

Glenswilly’s Oisin Crawford was fortunate to avoid a second yellow are 12 minutes from the end following a robust challenge on Luke Gavigan. Crawford was swiftly replaced and there were other flash points as the game went into its business end.

When the teams met in Ballybofey in March, Conor McGinty pounced for a late goal to snatch a win for Glenswilly.

MacCumhaills surely sensed deja vu when Leon Kelly found the net, but this time they wouldn’t let the advantage slip here and there are now only six points between the bottom six teams in Division One.