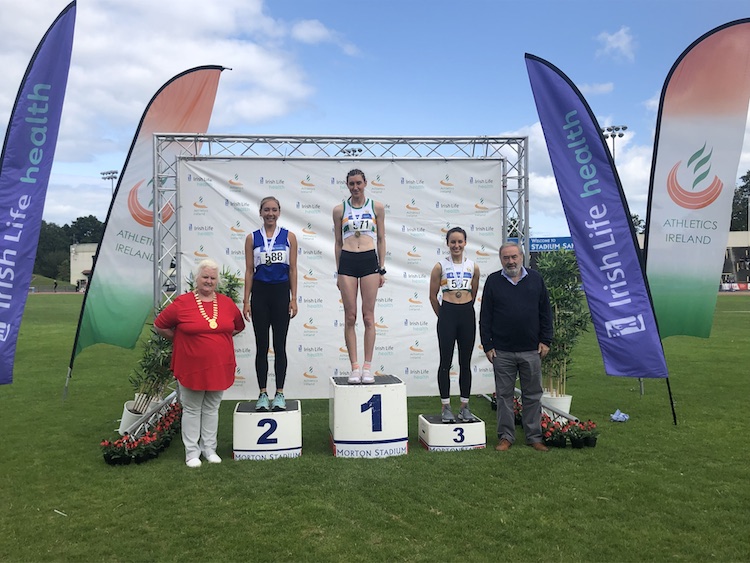 MOLLIE GRIBBIN says she’ll target a win at the 2020 Irish Indoor Championships after a silver medal win in Santry on Sunday.

Gribbin was the silver medalist in the women’s long jump, leaping out to 5.90m and pipped by Ruby Millet’s 5.98m.

In her first outing in a Finn Valley AC vest, Gribbin showed plenty of worth, even if she was down on a season’s best jump of 6.24m – a mark that would have eased her to gold at the weekend.

“I’ve jumped over six metres in most other competitions so I wasn’t very happy with it,” Gribbin told Donegal Daily/Donegal Sport Hub. 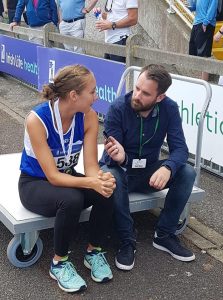 “I’ll take August off now and then start planning my training for next year.

Having just stepped off a plane from Vermont with an injury late last week, Gribbin was fairly content to have earned a silver medal from Sunday’s Championships.

A heel injury meant that Gribbin withdrew from competing in the triple jump, here favoured event.

She said: “I figured that the risk of injury was too much so I saved myself for the long jump.”

Gribbin’s sprinting qualities could also be of real value in the future.

For now, she was relatively content to earn silver in Sunday’s Senior Championships.

She said: “It felt great. I’m really happy to have come in second for Finn Valley and to be able to get out to compete.”