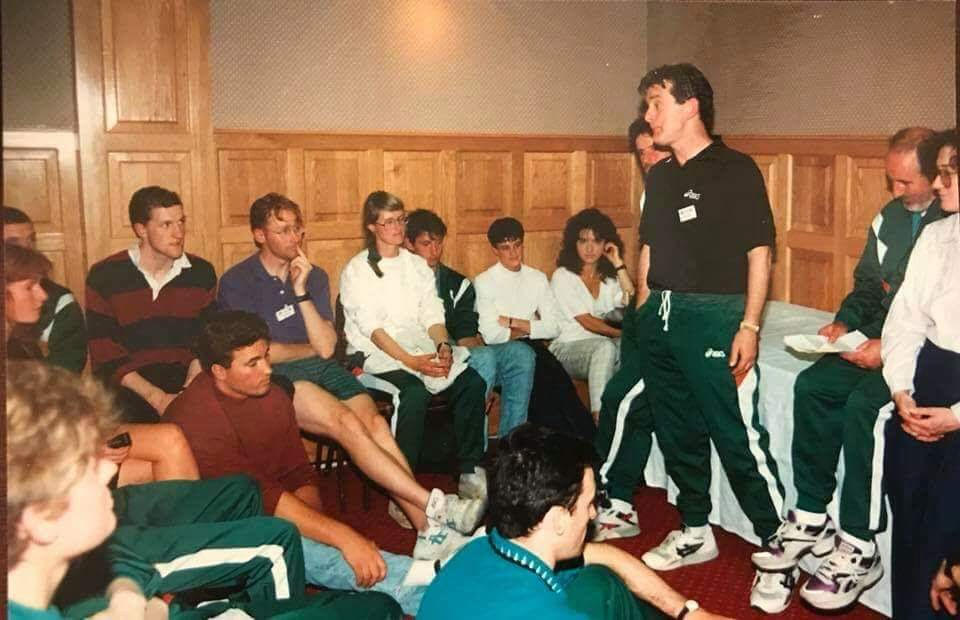 Extracts: Patsy McGonagle on tests of his soul in Seoul on first trip as Irish manager

PATSY McGonagle was an Irish Athletics Team Manager for 25 years and managed Ireland 68 times as a manager, including at four Olympic Games, six World Championships and six European Championships.

Picture: Patsy McGonagle with Irish athletes in the Skylon Hotel, Dublin in 1994

IN A ROOM of the Samyoung Hotel in Seoul, the beads of sweat began to drip.

The 1992 World Junior Championships offered me a first taste of managing an Irish team. I had left Dublin with no instruction, no advice.

And no cheque book.

When you arrive at a Championship, it’s customary to settle the visiting team’s account with the local organising committee. However, nobody had given me any indication of this, never mind a few bob, before we flew to Korea.

I joined a queue, listening away to what was going on at the various tables at the top of the room.

‘You owe us x thousands.’

‘You owe us y thousands.’

The administrator advised the sum owed and, one-by-one, each delegation from the different countries settled their bills.

The Ethiopians went up. Senegal were there.

The Japanese boys slid up and moved away again.

The United States, all bravado as usual, got the business done.

The queue was getting shorter and my mind was in overdrive. I wasn’t long off the plane after a 13-hour flight, via London.

‘They’re going to throw us out of this Championship.’

It was a scary thought. I genuinely hadn’t a clue what to expect.

‘You owe us…’ But my mind was doing loops and I didn’t actually hear the figure that was announced. I began to tell the young lady behind the table a long story about it being my first Championship, but I did not get very far with my sobbing.

But her face had brightened, and then broke into a smile. I knew then we’d be okay. I was excited about Seoul and took my appointment as team manager in my stride. 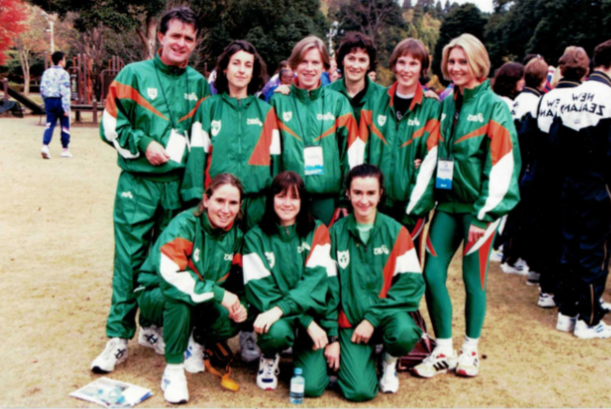 Patsy McGonagle with an Irish Athletics team in the 1990s

I ALWAYS EMBRACED changing technology, which was a big strength over the years. But I was left to curse technology in Seoul. Deirdre Gallagher from Ballina was with us for the 5,000m and she took 14 seconds off her personal best in Seoul.

I faxed the result through to the BLE offices in Dublin and they passed it on to the media in Ireland.

The Irish Independent led with the news.

“Ballina athlete Deirdre Gallagher made history in becoming the first Irish athlete to win a medal at the World Junior Athletics Championships in Seoul, collecting a bronze in the 5,000m walk.”

There was one problem. Deirdre, in fact, hadn’t won a bronze medal.

The first page of the fax to Dublin got lost and Deirdre was listed third on the second page. Lo and behold, everyone in Ireland thought she had won the bronze.

Her father, Danny who hailed from Glenties, was driving home from the All-Ireland football final – which Donegal had won, famously beating Dublin – when he heard the news on RTE Radio. The poor man nearly crashed the car.

BLE had to issue a clarification.

Again, the Independent delivered the news.

“BLE have announced that Deirdre Gallagher of Ballina has not in fact won a medal in the Junior World Athletics Championships in Seoul. It was announced that she had finished third in the 5,000m walk, but the information from South Korea has now proved to be incorrect. BLE have apologised for any embarrassment caused.”

I didn’t have a press accreditation in Seoul, so even getting the results proved a difficult assignment. I ended up, through a very helpful Korean official, befriending an Irish Columban priest, Fr Kennedy.

He aided me in getting the essential information I needed.

I knew of the influence of the Columban priests through news back home of Fr PJ McGlinchey, a Letterkenny man who was based on Jeju Island, an island in the Korea Strait, for over 60 years and whose work will be remembered for generations.

Jeju’s people, when he arrived in 1952, were among the poorest in their land. Fr McGlinchey – a brother of the Letterkenny-based Senator, Bernard McGlinchey – set up a textile factory, helped form a credit union and aided in improving the farming practices and yields on the island.

The food in Seoul was a challenge. Everything was chicken or beef. But my abiding memory, even now, was the evening when we went to a Korean restaurant with the priest.

We were served a bowl of stuff, with meat in it that the party of Irish people just convinced themselves wasn’t a dog. The waiter came out and cracked a raw egg into a bowl.

You wouldn’t have fed it to the dogs.

We couldn’t have our hosts disappointed. 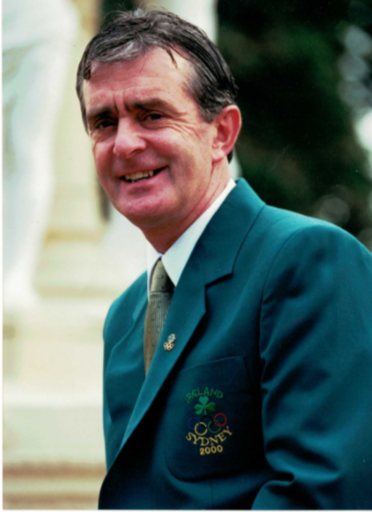 SEOUL WAS THE first time I was in a city where the problem with traffic was so prevalent. The place was bumper-to-bumper 24/7.

Language was also a problem at times. We had a small team at those Championships with just four athletes – Deirdre, Antoine Burke, David Matthews and David Cullinane. We went exploring in Seoul one evening for a look around and we hit trouble when it was time to go home.

I went to get a taxi.

Your man looked at me as if I had ten heads. The next taxi man was the same. And the next! Eventually, a US military police officer spotted that a bunch of Irish athletes were in a bit of a jam. At the same time, I learned that there were thousands of US soldiers stationed in South Korea, a knock-on from the Korean War.

He didn’t have a clue either, but he radioed his base.

I’m still baffled by the Koreans on that one.

Trying to explain the name wasn’t helped by our descriptions, of course.

‘It’s a golden kind of place,’ we repeatedly pleaded to the deaf ears on the taxi rank, but eventually we got back to base.

Back with a valuable lesson banked. From that day on, we carried a card from the hotel so we could just show the driver…