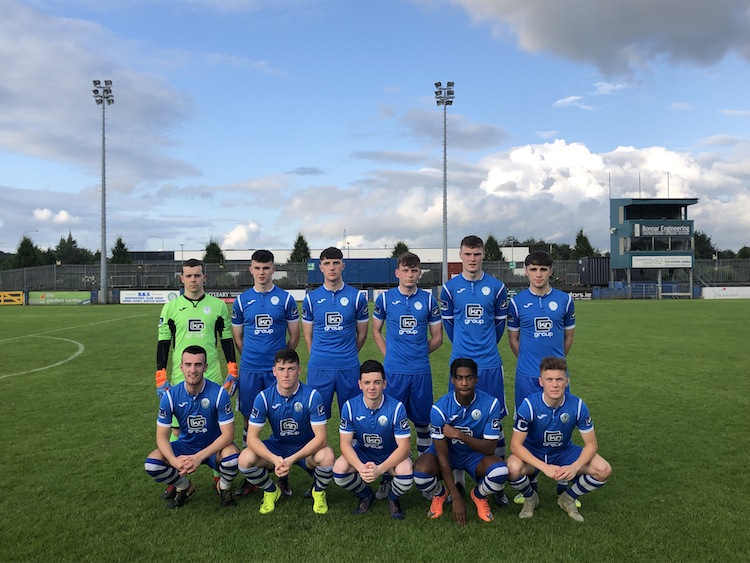 FINN HARPS U19s missed the chance to go third on their own in the Northern Section as Mark Byrne’s equaliser denied Joe Boyle’s men a win at Finn Park.

by Chris McNulty at Finn Park

Daragh Ellison and Pat Loughrey netted as Harps came from behind to lead after Darren Collins gave Sligo an early advantage.

Harps passed up a few chances to seal the deal, but Byrne’s goal earned Sligo a share of the spoils.

Sligo hit the front when Collins broke to capitalise on poor defending by Harps and his effort flew past home ‘keeper Eoin McGing.

The home side drew level on 20 minutes when Ellison finished from close range after Jamie Browne’s effort was kept out.

Harps led when Loughrey’s shot from the left-hand side deflected past the wrong-footed Cormac Henry.

Harps might have had the lead moments beforehand, but Kieran Farren’s effort was taken off the goal-line, while McGing saved well from Cian McAllister.

Late in the opening period, McGing was out well to thwart the advances of Tyler Stallard to preserve Harps’ lead at the break.

Browne could have put the game beyond Sligo’s reach early in the second half, but his deft effort careered off the far post after Keenan Diver’s volley from the edge of the area was off target.

Browne was denied by a fine block by Killybegs man Odhrán McGuinness, who recovered to save the day just when Browne looked set to pull the trigger≥

Harps paid the price when Byrne tucked home as he was first to react when McGing saved from Collins.

Both sides squandered chances to take the lead.

After Cian McAllister headed wide at the far post for Sligo, Harps’ Ronan Gallagher failed to hit the target when he pounced on a rebound after Henry parried from Ellison’s driving effort.

Right on the blow, sub Joel Bradley-Walsh prodded wide with an opportunity to steal the points.