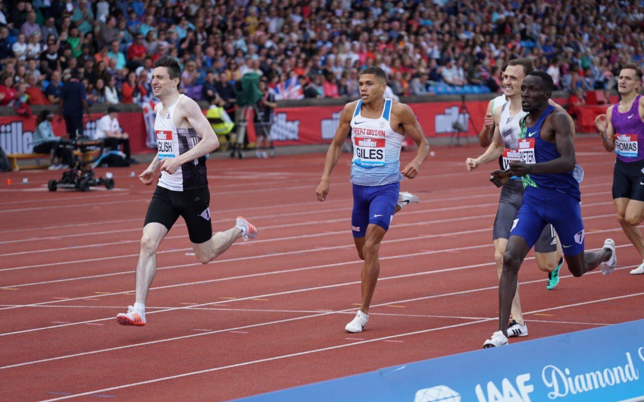 MARK ENGLISH overcame injury fears with a sensational finish to win the 800m at the Diamond League in Birmingham and inch closer to World Championship qualification.

The Letterkenny man made a late burst to win the race in a season’s best 1:45.94

It was by some distance English’s fastest time of the season and takes him closer to the 1:45.80 qualifying time for next month’s World Championships in Doha.

“I felt good and it’s a pity I wasn’t higher up in the race earlier on but I got the job done,” English said.

“I have to get the job done to get to Doha now, that’s the main aim and I race again in midweek hoping to get closer.”

English was lying in eighth position with 100m to go, having been even further back at the bend, but a stunning late kick saw him take the win.

English returns to action at the Morton Games in midweek, although it is now highly-likely that he will be awarded a spot in Doha npow

On Wednesday night, English pulled up 200m from the end of the 800m at the BAM Cork City Sports, sparking fears that the three-time European medalist was in difficulty.

English recently won his seventh Irish Senior Championship title and last weekend he came second in the 800m at the European Team Championships with a 1:50.06 effort.