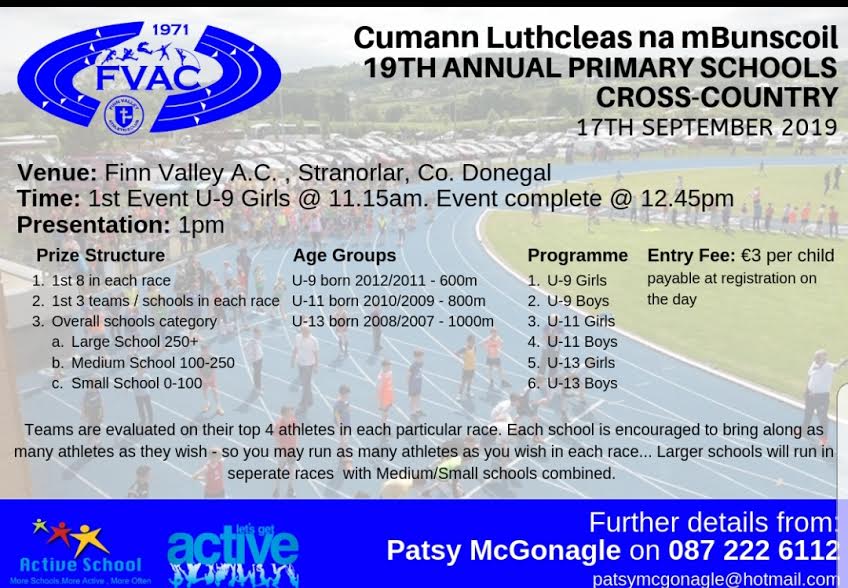 Busy cross-country season to start at Finn Valley next week

For 20 years now, the cross-country season in the north west has kicked off at Finn Valley Centre in September – and its that time again.

A busy programme is planned at Finn Valley next week.

The action begins with with an open invitation to primary schools on September 17th – always popular and organised, accounting for the various categories of schools small, medium and large.

It has been well received and supported each year as has the secondary school event, the following day September 18th, with 31 schools engaged in 2018 and 600 students giving it a go.

A new event, the Champions Cup, was introduced last year.

The Champions Cup encompasses shorter distances than the customary and that is pencilled in for Sunday, September 22nd and caters from age 8 to 16.

All these events at Finn Valley and further details if required available from finnvalley1@gmail.com or 087222612