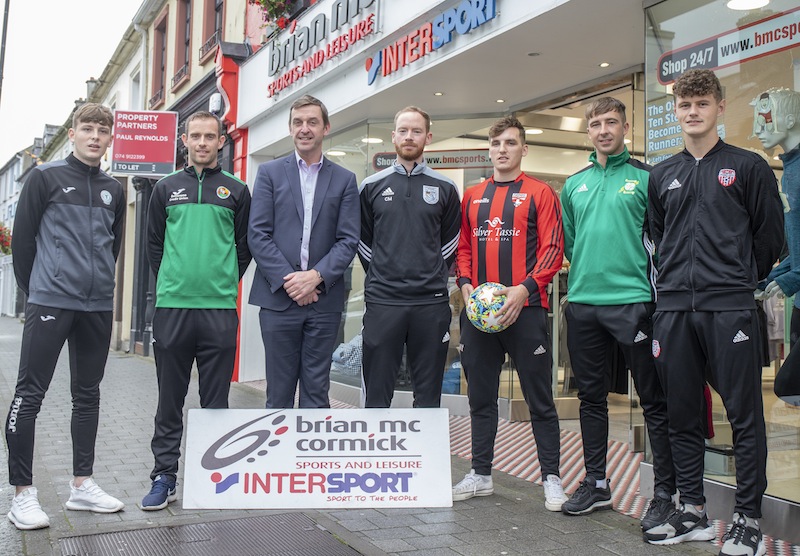 OISIN MCCOLGAN insists there is no question about a waning hunger at Cockhill Celtic.

Cockhill have won the Ulster Senior League title in each of the last seven seasons and were only denied a seventh successive League and League Cup by Letterkenny Rovers in last season’s Cup final.

Defender McColgan and his team-mates have faced familiar questions about their desire to keep on going.

“The hunger is there all the time. It never goes away,” McColgan said.

“Every year, people ask how we find the hunger. Those six, seven, eight players there very year who keep pushing on. Young boys are coming in challenging. The hunger is still there.

“Gavin, Derek and the management are pushing us on as well. It’s in the club. It’s just there and it’s something that doesn’t go away too handy. Everyone wants to win and win trophies. It won’t go away when that’s still there.”

Cockhill welcome Bonagee United to the Charlie O’Donnell Sports Grounds this Sunday for a crunch clash in the Donegal News USL League Cup, with both sides having had 1-1 draws against Derry City in their opening matches meaning that It’s all to play for in Inishowen.

Cockhill might have lost the likes of Gerry Gill and Gerard McLaughlin, but the addition of players such as Adam Duffy, Stephen Duffy and Cathal Farren have strengthened the ranks again.

McColgan said: “Pre-season went well. We have a few new signings and they’re building well in the squad.”

And McColgan believes Cullen will maintain those standards.

He said: “Gavin is good like that. He’s good working with players. Players respect him very quickly. He’s easy to work with. If you work hard, he’ll work well by you. It’s all good so far.

“He encourages players to push on. Boys know that Gavin will help them to push on, if they want to go to the next level.

“You couldn’t play under a better man if you want to get to the next level.”

Next month, the 2019/20 Intermediate Cup will kick off and Cockhill still have an itch to scratch in that competition.

McColgan said: “We’ve fallen at a few hurdles in the intermediate. It’s an aim every year to push on in the national level to further stages. We’ve slipped up and been a bit unlucky at times. We just haven’t seen out games at other times, but it is an ambition to give it a rattle.”