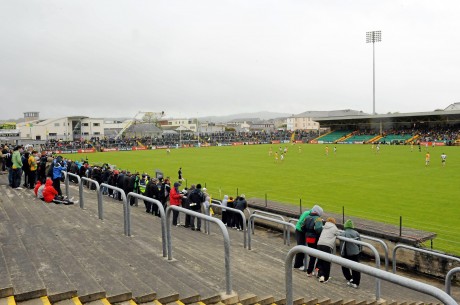 SEAN MACCUMHAILL Park in Ballybofey will host a double-header of the 2019 Donegal SFC semi-finals next Sunday.

St Eunan’s and Naomh Conaill will get the double-header underway at 1.30pm with Gaoth Dobhair and Kilcar meeting at 3.30pm.

St Eunan’s and Naomh Conaill have had a tasty rivalry and their many meetings in the championship include four clashes in SFC finals.

The game between holders Gaoth Dobhair and Kilcar brings together the last two champions and the two sides who have been tipped by most to go all the way this year.