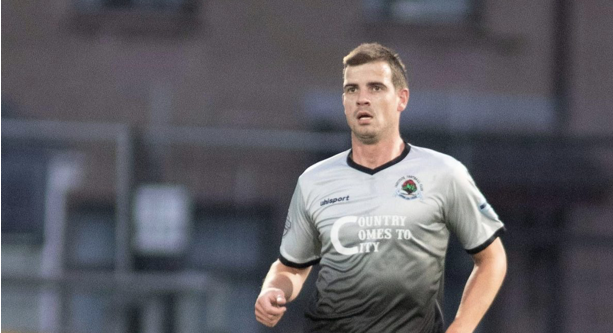 CONOR TOURISH was on the scoresheet in the League Cup again tonight.

The Letterkenny man scored the third goal as Institute overcame H&W Welders at the Brandywell to move into the next round of the NIFL League Cup.

Tourish also scored in the previous round win.

Institute took the lead on 27 minutes when Dean McCurry headed home from a corner.

It wasn’t until the 84th minute that the advantage was doubled, but it was worth the wait as Jamie McIntyre drove home from 25 yards.

Former Cockhill Celtic attacker Brendan McLaughlin came on during the second half for ‘Stute, now managed by Sean Connor.