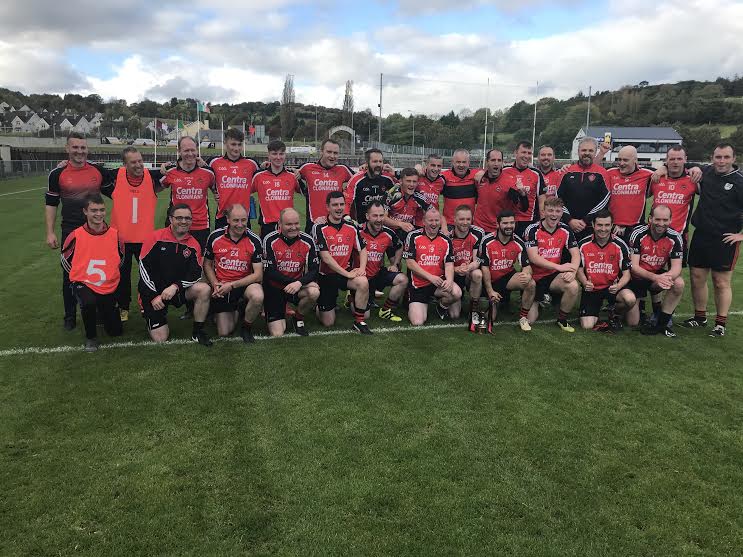 Mark Hunter’s 55th minute goal looked to have given Letterkenny Gaels – who had earlier spurned a five-point lead – the edge.

Hunter, who scored 2-4 in all, riffled home with a super finish past Paul McGettigan after his initial shot was blocked. Hunter made no mistake from the rebound and it seemed like it was the Gaels’ day.

Hunter’s second goal of the day had the Glebe men 4-7 to 2-10 in front with the clock ticking.

Brian Doherty’s free brought Urris within range again and, in the dying embers of the game, substitute Paul McConalogue batted home from a Hail Mary ball into the mixer.

McConalogue rose highest to finish and leave the Gaels shellshocked.

Peter Devlin – an All-Ireland Masters winner with Donegal last month – had given Urris an early advantage when he beat ‘keeper Paddy Gildea to fist home in the ninth minute.

The lead was short-lived, though as Gerard Gibbons’ deflected effort deceived Paul McGettigan.

Letterkenny Gaels hit their second goal on 24 minutes when Hunter smashed past McGettigan after Peter Doherty did the approach work.

Gaels led 2-4 to 1-5 at half-time and, eight minutes into the second half, Conor Cullen riffled in a third.

That game just after Devlin hit the crossbar down the other end.

Hunter kept the scoreboard ticking to open up a 3-7 to 1-8 margin.

Urris staged a remarkable revival and sub Eamon Reidy took advantage when Gildea misjudged a ball in before Devlin levelled the tie.

Hunter’s second major felt like a get out of jail card for Letterkenny Gaels, but there was still time for Urris to strike again – and McConalogue’s touch proved the telling blow of an exciting final.