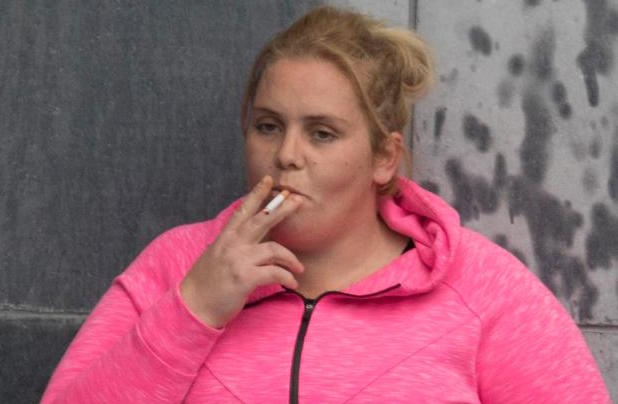 A woman previously described by a Judge as a “one woman shoplifting industry” has been jailed for 12 months for another wave of thefts.

Lisa Mongan appeared at Letterkenny District Court in Co Donegal charged with dozens of robberies from a range of stores over a two-year period.

One of the stores the mum-of-three stolen from was a shop within Letterkenny University Hospital.

Judge Kelly had previously sentenced Ms Mongan to ten months in prison in September of last year for a similar string of offences.

On that occasion, he said “This lady appears to be a one-woman shoplifting industry. Her offending is extraordinary.

“She has been granted bail numerous times. She has left court and reoffended the next day if not the same day.

“It just seems to be whatever she can stuff in her pockets.”

During her latest wave of thefts, Ms Mongan of Cashel Park, Letterkenny had been banned from going into shopping centres in Letterkenny and also Letterkenny’s Main Street by Judge Kelly.

Ms Mongan had sought medical help and was suspected of suffering from kleptomania.

However, forensic psychiatrist Dr Brenda Wright said that Ms Mongan did not meet the threshold of kleptomania but did concede she did have issues.

Judge Kelly jailed Ms Mongan for a total of 12 months and ordered that Ms Mongan receive any medical attention she required in prison.

Solicitor Donagh Cleary asked Judge if he could backdate the jail sentence until Juy 31st, the date when Ms Mongan went into custody and Judge Kelly agreed to this.