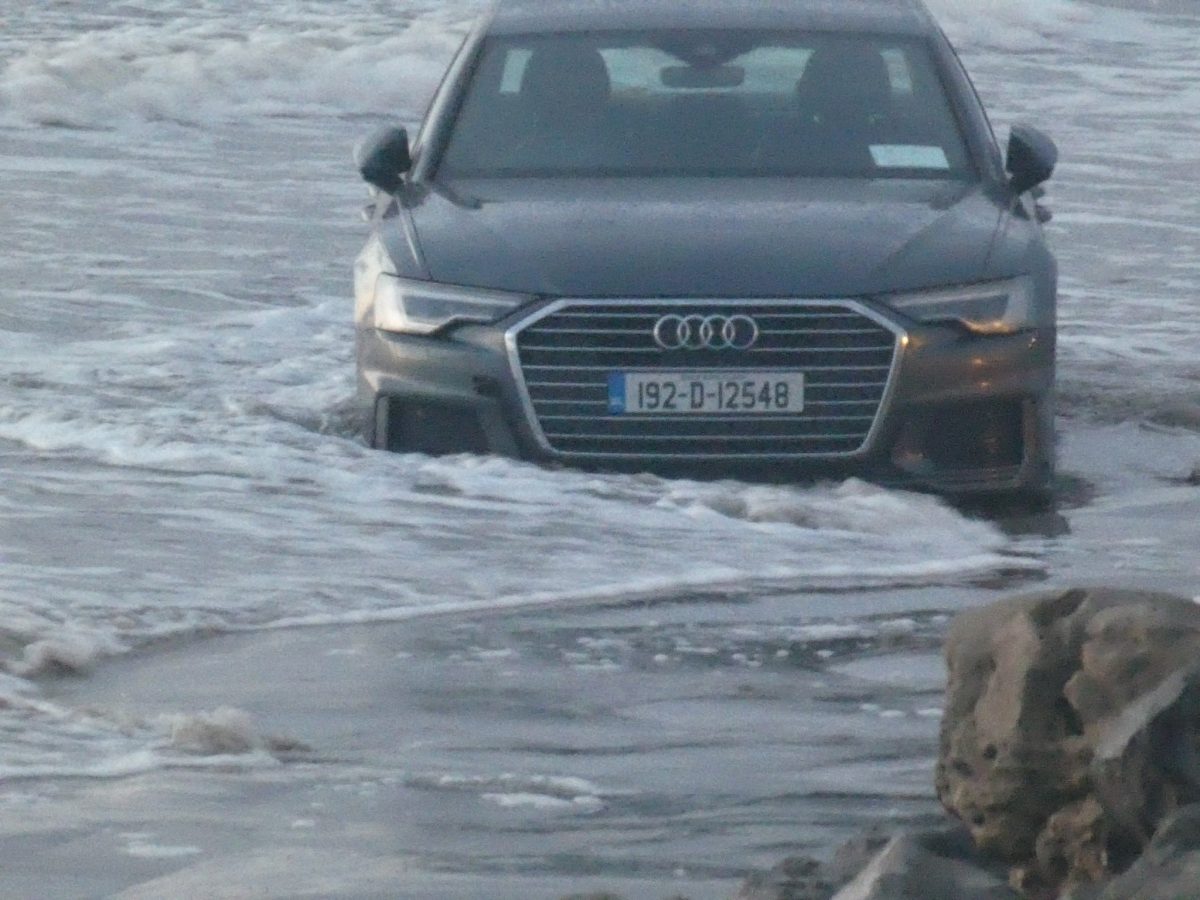 An Audi driver’s day turned into a nightmare on a south Donegal beach yesterday after his car got stuck in the sand as the tide came in.

The images show the flashy car caught on Rossnowlagh beach in Donegal as the waves roll in around it.

A short time later, a tractor was arrived at the scene to remove the Dublin-registered vehicle.

According to the Irish Mirror, it’s not known how much damage was sustained.

Images taken of the unfortunate incident shows the car stuck in the sand before a tractor arrives to help it free.

Speaking to the outlet, Matt Cooke, who took the photographs, said: “People see these stories as a bit of wacky fun, but there is a real knock on effect for us local surfers, days of lingering diesel smells etc.

“Pressure on the council to act would be amazing.

“I’m there twice a week, more when I can, it’s my favourite place on earth.

“I hate to see any harm to it because it’s a stunning beach.

“I’d also say it’s important not to make out the driver was a fool, the fools are the council not doing more to prevent it.”

A spokeswoman from Donegal County Council said that although parking is permitted on the beach, they have signage advising motorists of the risks.