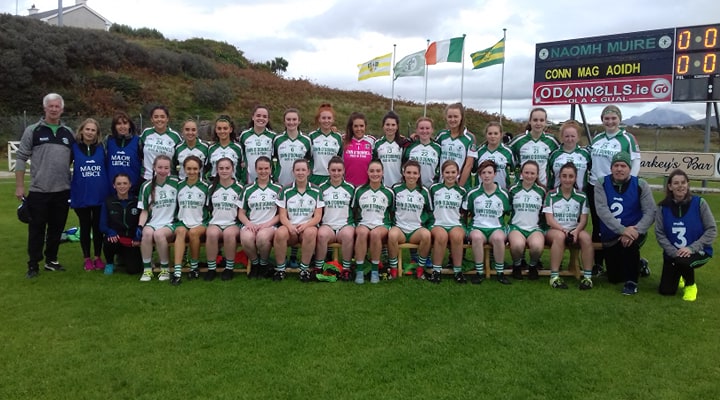 Listen: Kevin White says Ulster title would be ‘icing on the cake’ for Naomh Muire

KEVIN WHITE says that an Ulster title would represent the ‘icing on the cake’ for the Naomh Muire ladies.

Naomh Muire face Edendork in Sunday’s Ulster junior final at Killyclogher and it will be one of the biggest days ever for the Lower Rosses club.

After coming back from three successive Donegal JFC defeats, Naomh Muire trumped Naomh Columba to win this year’s county title. And Sunday-week’s win over Con Magees at The Banks teed up an Ulster final.

“It would be the icing on the cake to get an Ulster Championship,” White told Donegal Daily/Donegal Sport Hub.

“They have a good drive and great leadership from Erika Hanna. They bonded and believed in themselves.

“They deserve to be where they are.”