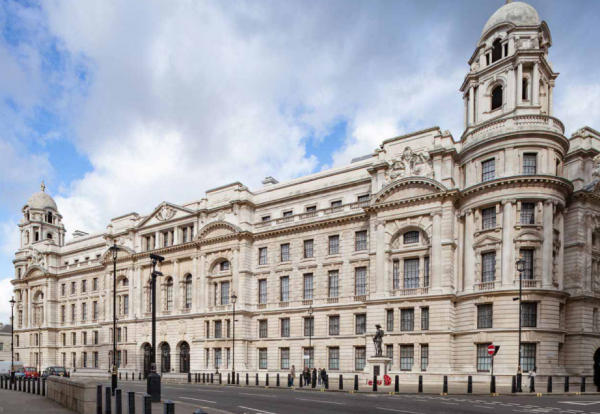 The vast Edwardian building, where Winston Churchill once worked and whose 1,100 rooms are linked by more than two miles of corridors, is being redeveloped by the Hinduja Group and Spanish firm OHLD.

The firm has now raised hoardings around the site where it will create the 125-room five-star hotel and 85 luxury apartments.

The complex project will double the number of floors from seven to 14. This will include adding three extra floors to the top as well as extending the existing two-floor basement down with four extra basement levels.

A new 25m swimming pool and ballroom will be built in the new basement below the existing central quadrangle.