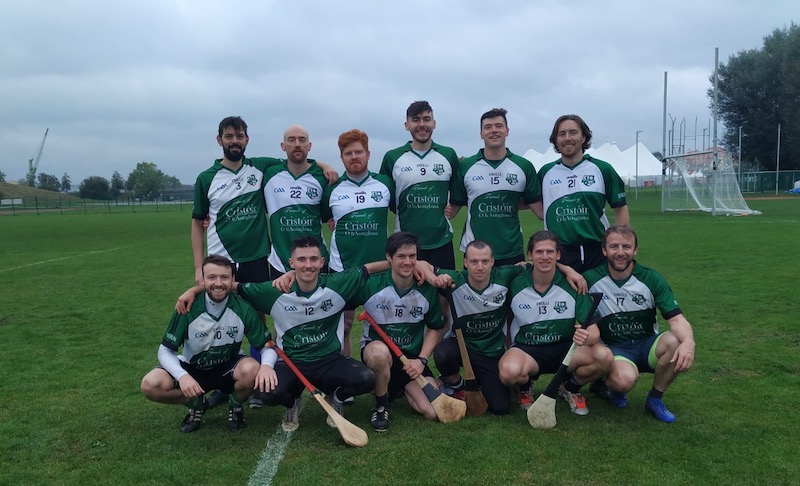 A LETTERKENNY man is part of the Berlin GAA squad hoping to make a piece of GAA history this weekend.

Aaron McDaid and the Berlin squad fly to Ireland today as they get set to face Kenagh, from Longford, in the Leinster Junior Football Club Championship tomorrow at the GAA Centre of Excellence in Abbotstown.

Berlin –  a club founded in November, 2014 – won the European Senior Football Championship in July, when they triumphed in Maastricht, becoming the first team from outside Benelux or the Channel Islands to win the crown. Now, they are bidding to become the first European club to win a Championship match in Ireland.

“When I moved here to Berlin, I never thought this would happen,” McDaid told Donegal Daily/Donegal Sport Hub.

“I’ve never been involved in something like this before.”

Aaron, a son of Michael and Philomena McDaid from Drumnahoe in Letterkenny, moved to Berlin 18 months ago for work.

Although he didn’t play Gaelic football at home, the GAA club was his first port of call in Berlin.

“It’s a really nice community. Basically, I needed to make friends quickly. As soon as I knew that I was moving to Berlin, I searched up the GAA club. I previously lived in Brussels and knew about the GAA club there. I knew there were lots of clubs across Europe.

“For me, I just joined to have something to do and to make friends.”

He is now playing football and hurling in Berlin. A strong runner – who has completed a Dublin Marathon – and swimmer, his team sports career amounted to a ‘little bit of soccer’ while he studied at UCD.

He trains at the club three times a week and they have recently located somewhere with floodlights to practice.

This weekend will be his first time to play competitively on a full-size GAA pitch.

“Most of our tournaments are 11-a-side and we play some nine-a-side too,” he said.

Last year, Berlin played a challenge game in Listowel to mark their founder, the late Chris Hennessy, who was a native of the Kerry town.

“It felt huge, the pitch in Listowel,” he said, “but the one in Abbostown is meant to be even bigger.”

Not that he’s complaining.

The Berlin club has gone from strength to strength and fields teams in four codes: men’s football, ladies football, hurling and camogie.

Aaron said: “My very first tournament was in Rome, which was great. We played football and then walked around the Vatican! We played against teams from Luxembourg, Belgium, Amsterdam….I’ve had nine different trips around Europe for football and hurling.

“I do spend a lot of time and money, but it’s worth it. It’s good fund and good exercise and you get to see some of the cities as well.”