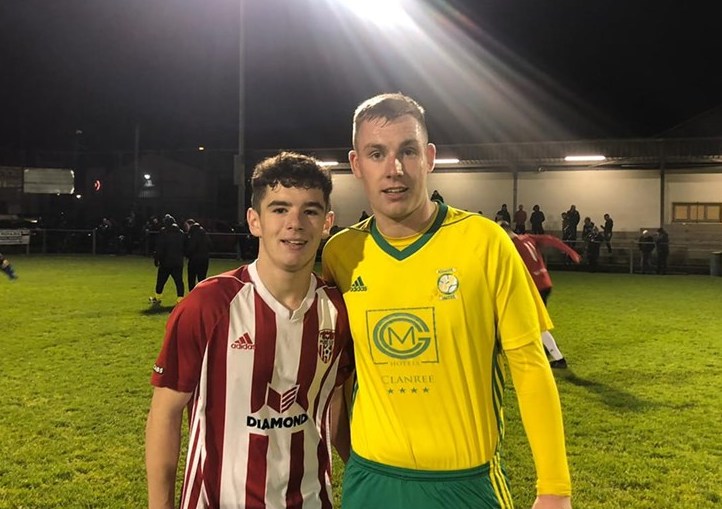 Family ties in Ulster Senior League game – and they didn’t even know it!

TWO COUSINS came into combat in the Ulster Senior League on Monday night without even knowing they were related!

Bonagee United’s Sean Hume and Derry City Reserves player Orrin McLaughlin were on opposite sites in the bmcsports.ie USL clash.

Bonagee took the win as Darren McFadden’s header late in the first half proved to be the only goal of the game.

Hume and McLaughlin were unaware of the family connection during the game.

Paddy was said to have been as proud as punch when a picture of the two players made its way to him after the game on Monday.