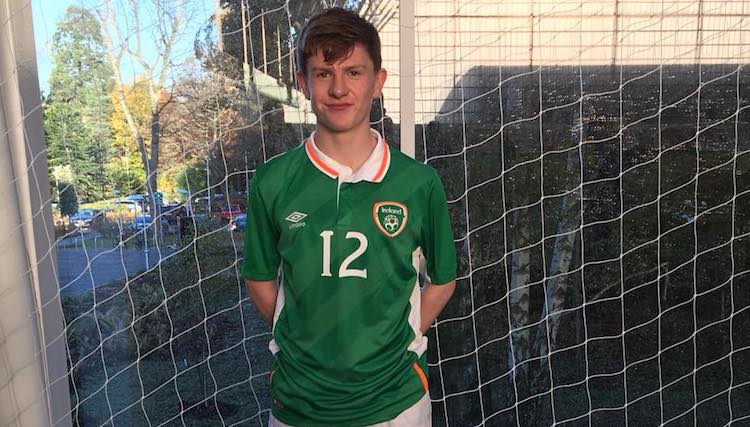 A GOAL by Connor O’Reilly sent Ipswich Town on their way to an emphatic FA Youth Cup win tonight.

O’Reilly netted the Tractor Boys’ first goal in a 6-1 win over Kings Lynn Town in a game that was played at Portman Road.

O’Reilly, who has just turned 18, fired home on 13 minutes to break the deadlock. O’Reilly surged into the box before slamming to the net under Kings Lynn Town ‘keeper Bradley Ironside.

O’Reilly played 63 minutes of the game before he was replaced by Dylan Ruffles.

Zak Brown scored twice with Tyreece Simpson, Colin Oppong and Allan Viral also on the mark. Brown was denied a hat-trick when his penalty was saved by Ironside.

O’Reilly joined Ipswich in July 2018 from Finn Harps. He had played for the Finn Harps Under-17s having preciously been with Bonagee United and Illistrin FC at schoolboys level.

O’Reilly has been capped the Republic of Ireland Under-16s.