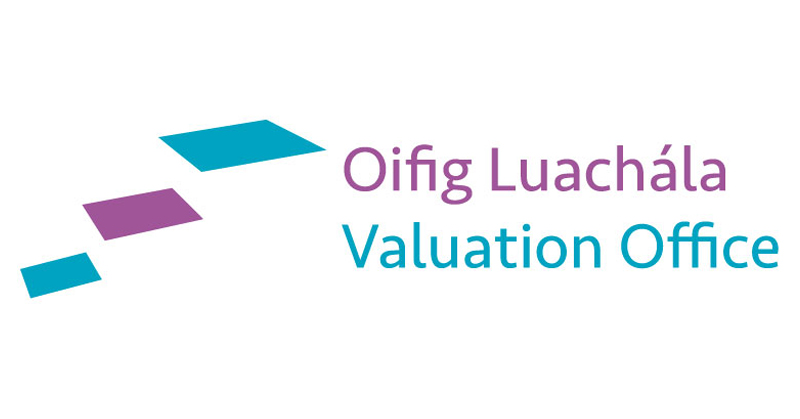 See the Valuation Orders below

John O’Sullivan, Commissioner of Valuation, has made Valuation Orders today, 4th November, under section 19 of the Valuation Act 2001 as amended by section 7 of the Valuation (Amendment) Act 2015 for the rating authority areas of Clare, Donegal, Galway, Kerry and Mayo County Councils and Galway City Council.

These orders signal the formal commencement of the revaluation of all commercial and industrial properties for rating purposes in these rating authority areas. This is an important milestone in the revaluation of all non-domestic property in Ireland which is currently underway through a programme known as the National Revaluation Programme.

The revaluations will be carried out in accordance with the provisions of the Valuation Acts 2001-2015 and are part of the national programme to modernise the rateable valuation of all commercial and industrial property in Ireland.

Provision for a revaluation of all non-domestic property in Ireland was initially made under the Valuation Act of 2001. This legislation was amended by the Valuation (Amendment) Act 2015, which improved and streamlined the process. Neither residential property nor agricultural lands are rateable and consequently will not be affected by the revaluation.

The revaluation will take account of contemporary rental levels in the respective rating authority areas and will result in a more equitable distribution of commercial rates among ratepayers. A Valuation Manager has been appointed to assess the value of each rateable property and set a valuation in line with rental values in each respective rating authority area at the valuation date of 16th September 2019. It is envisaged that the new valuations will be published on 15th September 2021 and will become effective for rating purposes from 1st January 2022.

A revaluation is necessary to bring more equity and transparency into the Local Authority rating system. Following revaluation, there is a much closer and more uniform relationship between contemporary rental values of property and their commercial rates liability. The revaluation will  result in a redistribution of the commercial rates liability between ratepayers depending on the relative shift in the rental values of their properties in relation to each other.

I, John O’Sullivan, Commissioner of Valuation, hereby give notice that I have, on 4th November 2019, made valuation orders under section 19 of the Valuation Act 2001 as amended by section 7 of the Valuation (Amendment) Act 2015 for the rating authority areas of Clare, Donegal, Galway, Kerry and Mayo County Councils and Galway City Council.