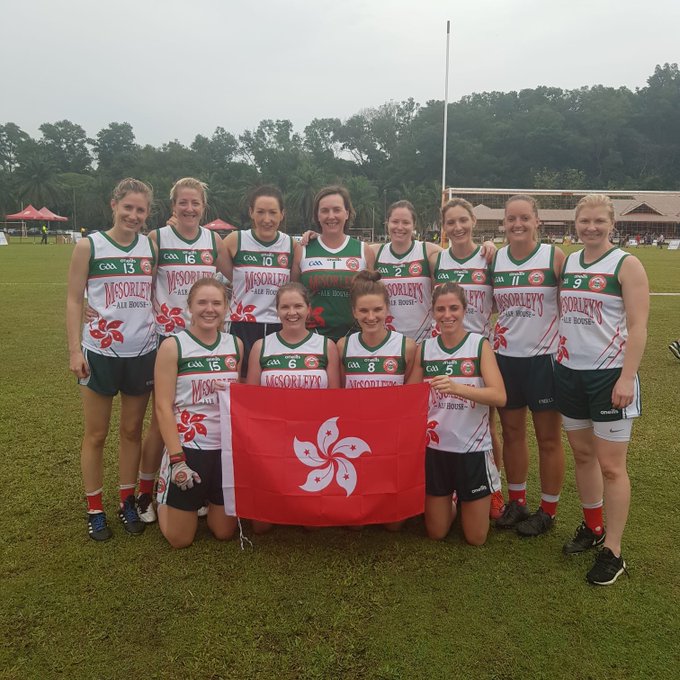 THERE WAS a good Donegal interest in the Currency Fair Asian Gaelic Games at the weekend.

The Games, held in Kuala Lumpur, attracted huge crowds as teams from all over Asia gathered.

Former Glenfin and Donegal star Mari Herron led the way as Hong Kong won the senior ladies title. Herron, a sister of Donegal senior player Katy, was named as the MVP for the ladies competition.

Herron, an All-Ireland Intermediate winner with Donegal in 2010, was the standout player as Hong Kong defeated Singapore 1-5 to 0-3 in the final.

Among their other notable results was a 6-1 to 1-2 success over Japan.

The trophy for the ladies competition is named after Lisa Orsi, the 22-year-old from Derry who died in 2015 after falling ill while trekking on a volcano in Indonesia. She had played for Singapore.

Gaeil Fhánada’s Siobhan Coyle refereed the ladies final. The rising Donegal whistler was chosen to travel to officiate at the games and took charge of around 15 games over the weekend, finishing with the ladies decider.

“It was a great experience,” she said.

“The competition was brilliant and there was a great atmosphere around the place all the time during the games.”