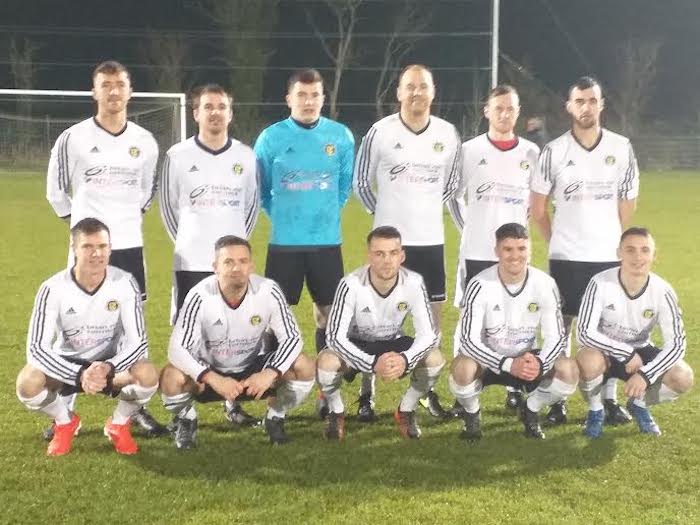 THE DONEGAL League drew first blood in the first leg of their Oscar Traynor derby with the Inishowen League.

By Stuart Connolly at The Diamond Park

The encounter was scoreless at the interval but the deadlock was broken five minutes after the restart with Kevin McHugh getting on the scoresheet.

Daire McDaid doubled the lead just shy of the hour before John Gerard McLaughlin halved the deficit after the hour.

McHugh was dismissed halfway through the second half as Inishowen tried to make their man advantage count but trail going into the second leg.

Inishowen won the Oscar Traynor Trophy in 2015, with several players from that squad maintaining their spot in this years bunch.

Donegal, winners in 1983, made a valiant run to the semis in 2016, losing out to eventual winners Clare. The one thing that hasn’t changed over the years, especially recently, is the encounters between the two neighbouring sides, which are always closely fought.

Dylan Doherty was the first goalkeeper called into action, just under ten minutes in after a fast paced start as Corrie Lee Bogan saw a strike outside the area deflected just over the crossbar.

Daire McDaid had been a victim of the linesman’s flag a number of times during the opening exchanges, one such occasion had the Kilmacrennan Celtic player displeased and in disbelief after the winger had put the ball in the back of the net.

Bogan came close once more on the half hour, firing at goal from close range following a well worked corner routine but his effort rustled the side netting.

The first half was predominantly spent being played from left to right as Inishowen were forced to sit deep and weather a storm of sorts. Donegal enjoyed a lot of possession but lacked that killer touch in the final third. The visitors did break away on occasion but were limited to corners which failed to test the home rearguard. 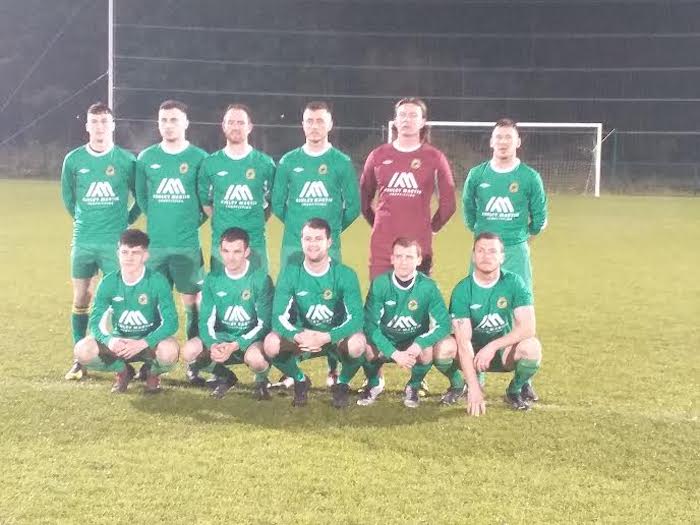 After the restart, the hosts took the lead with five minutes on the clock.

Matthew Crossan made a surging run from his centre back position all the way up field, playing and receiving a couple of passes on the way. His run forced Doherty off his goal line, that move saw the Kildrum defender upended, but the ball fell nicely for fellow Tigers player Kevin McHugh, who delicately lobbed the ball over the crowd and into the back of the net. Less than ten minutes later and Donegal had doubled their lead.

McHugh with the assist on this occasion, curling in a free kick from the left, Daire McDaid was unmarked in the centre and he made no mistake from close range.

The spectators witnessed the save of the match minutes later, Chris O’Donnell called into action, clawing a strong shot from Darren McMonagle off the line somehow.

There was nothing O’Donnell could do two minutes later as Inishowen had halved the deficit. Matthew Byrne whipped in a set-piece from the left side and John Gerard McLaughlin had acres of space in the middle, allowing him to chest the ball into the bottom left corner.

Inishowen looked to have found the right game plan after conceding the second goal as they were having the better of the play and with just under 20 minutes to go, they had a man advantage.

Christy McLaughlin was cautioned for a foul on McHugh in the defensive half, but the retaliation from the former Finn Harps man saw him receive a straight red card after the ref had a word with his linesman on the right side.

The visitors applied the pressure in the latter stages of the game in search of an equaliser but to no avail as Donegal hold a slender lead ahead of the return leg in 11 days time.