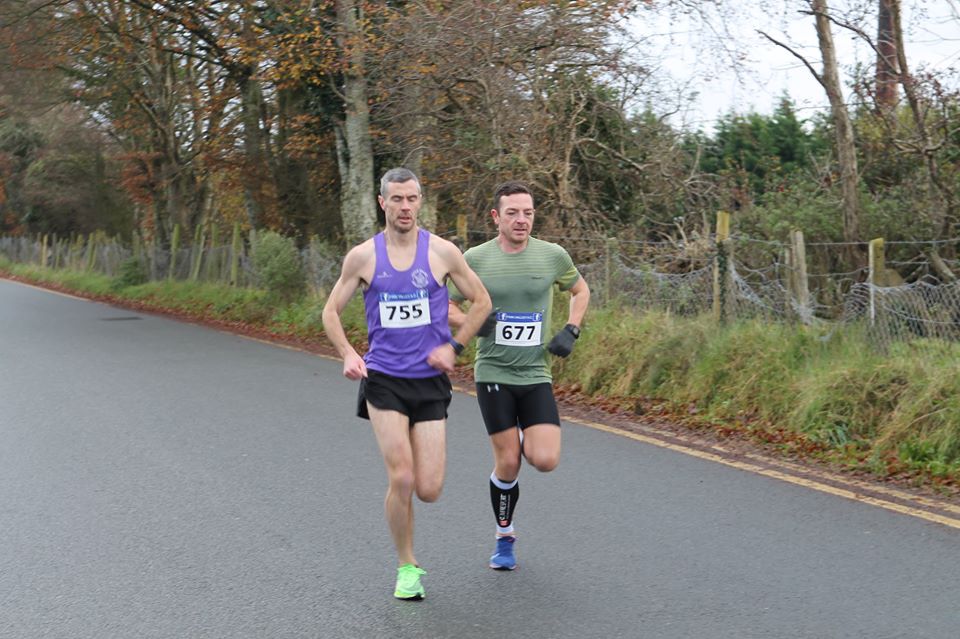 The very well supported event, which had more than 600 finishers, was won by Foyle Valley AC’s Chris McGuinness in 32.26.

Liam Ferry’s fine Letterkenny parkrun form continued on Saturday morning. He finished his 35th parkrun in 19.52 and was 3rd. Liam was also the leading  M40 runner. Garvan Mulligan was 4th, and 2nd M40, in 20.22.

Paul Lee marked his 60th Parkrun by finishing first in the M50 category in 22.37. Noel Lynch showed that he has made a complete recovery from the exertions of the Dublin Marathon. His time of 22.38 was the fastest of all the 31 Parkruns he has done to date. He was the 2nd M50 finisher. Cathal Roarty was the leading M55 runner in 23.43.

Dara Dunne was the first W50 runner in a time of 24.24. Anthony Farren reached a quarter century of parkruns by finishing in 24.39. James McBride was the first M65 finisher in 26.09. Peter McLean, closing in on the 100 mark for parkrun participation, clocked 28.53. Conor Murray was first across the line, in 19.24.

The two clubs had raised in excess of €5000 in sponsorship thanks to the efforts of the Dublin Marathon runners and their generous sponsors. A cheque to the value of €5088 was presented to Conall Shiels and his family. Conall’s father, Ciaran, expressed his appreciation of the efforts of the 2 clubs.

There were 2 strands to the evening. The presentation of medals was made to runners who had been successful in the recent Dublin Marathon. This Marathon doubles up as the Irish Marathon Championship. Paddy Ward was presented with his gold medal for winning the M65 championship. Paddy’s  athletic ability belies his 66 years; many runners half his age would be delighted to run the 3.05.38 that he ran in Dublin.

Letterkenny Athletic Club’s annual and very popular Turkey Trot will take place on Sunday December 1st, starting at 11.30am. The unique aspect of the race is that the winners of the 5K are not necessarily the fastest runners.

Turkeys will be won by the 10 runners who can match their finishing time with their pre race prediction.

Full details will be provided in next week’s notes.