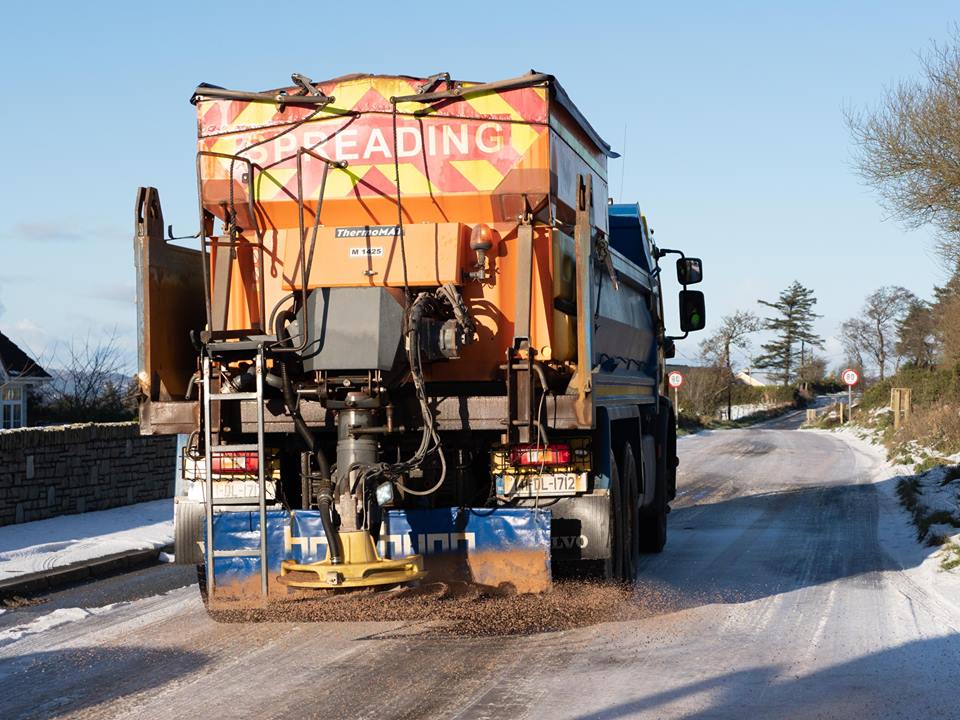 Weather: Some roads to be gritted from 8pm tonight

Donegal County Council has announced it will grit a number of roads from 8pm this evening (Fri).

It follows a warning that temperatures will drop in parts of the county.

The following routes will be gritted from 8pm:

Weather: Some roads to be gritted from 8pm tonight was last modified: November 29th, 2019 by Stephen Maguire
FacebookTweetLinkedInPrint
Tags:
councildonegalgritters