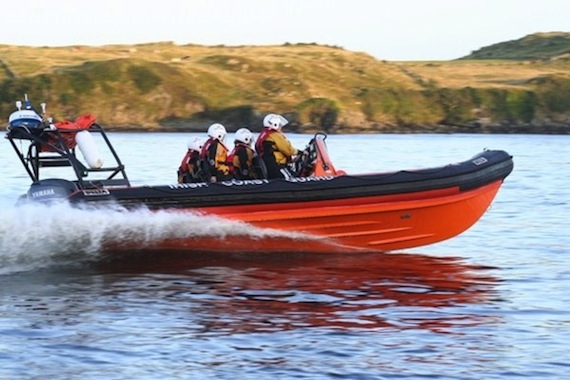 Two Donegal coast guard boats back in action after “malfunction”

Five of the 23 Irish Coast Guard units who have been barred from launching their rescue boats in recent weeks could resume water-based operations as early as next weekend.

They include two boats from Co Donegal.

The five ‘priority’ stations who will be first to receive the new lifejackets first are understood to be Mulroy and Greencastle; Doolin and Kilkee in Co Clare and Drogheda Co Louth.

On November 15, the Irish Coast Guard (ICG) withdrew in-shore rescue boats stationed at 23 locations around the coast following the reported malfunction of “a key piece of personal protective equipment (PPE).”

This has meant that 23 of the 44 volunteer units, who operate Delta RIBs (rigid inflatable boats) or smaller D-Class boats, have been banned from launching for rescue or training operations.

In the meantime, Coast Guard volunteers have been tasked to incidents but have been only allowed operate on the shore for which members wear a different type of personal flotation device.

The RNLI has already responded to a number of incident which would have been previously been dealt with by Coast Guard units.

However, it is now understood that five stations affected by the nationwide ban on boat operations could return to the water as early as next weekend.

Irish Coast Guard management has told volunteers that a new lifejacket will be introduced in a phased approach based on a risk assessment undertaken by the service.

It’s understood ‘compatibility testing’ of the new lifejacket has been taking place this weekend before the lifejacket can be approved for use by members.

Units have been told that “familiarisation training” will be held to highlight the differences between the Rescue 400 and (new) Crewsaver 380N lifejackets.

“Subject to any necessary operational changes and on successful completion of the compatibility testing, it is proposed to commence with the rollout of the lifejackets and putting units back on the board from Thursday December 5, 2019,” Coast Guard units have been told.