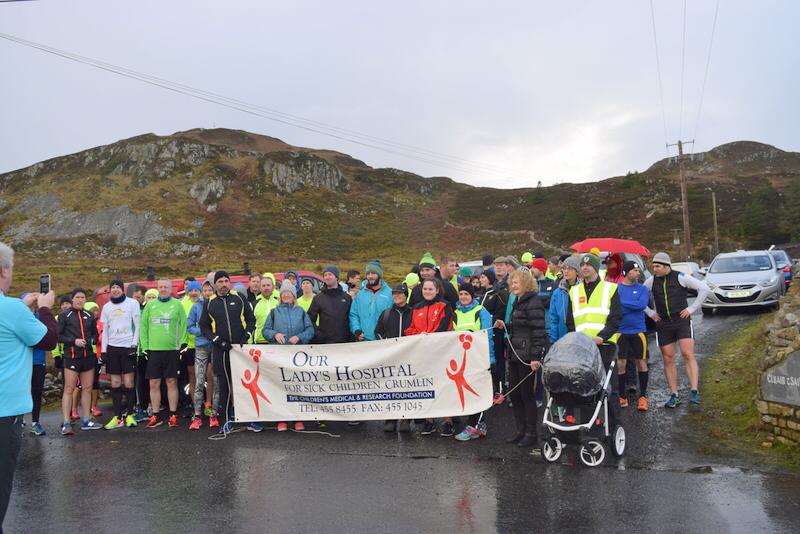 The New Year’s Walk/Run in Downings, County Donegal, has raised over €338,000 over the last 19 years in aid of CMRF Crumlin, who raise vital funds for Crumlin Children’s Hospital.

The 2020 Walk/Run to support some of Ireland’s sickest children will mark the 20th year of the event.

Eleanor Mooney organised her first New Year’s Day Walk/Run in 2000 – “I was working in support services in Letterkenny at the time and gave sponsorship cards to some of my contacts. I was delighted that many of them came out for the walk on New Year’s Day bringing some of their friends and family with them. We collected €3,300 that day. It was the start of our New Year’s tradition.”

The event has grown substantially in the last 19 years, with the numbers of walkers and runners increasing year on year. In 2000 three runners took part compared to 2019 when around 100 runners joined in.Eleanor was a supporter of CMRF Crumlin before she started the New Year’s Walk/Run, organising raffles to raise funds. She’s also taken part in the Women’s Mini Marathon an incredible 27 times.

This will be  Eleanor’s last year to organise the event as her commitment of 20 years of the New Year’s Walk/Run comes to a triumphant end. She is delighted that the tradition she started will be continued by the team in Donegal.“I’m delighted to know that the wonderful people I’ve worked with on the New Year’s Walk/Run over the years will continue the event.” Eleanor said. “I know it will be in very safe hands as I celebrate my last year working on it.”

The Walk/Run has become an important part of the Christmas season in Downings. People travel to take part in the fundraiser and the locals are always there to help support CMRF Crumlin.This year’s Walk/Run will kick off from The Singing Pub, Downings at 12 noon on January 1st 2020 and everyone is welcome on the day. People can walk or run the scenic Wild Atlantic Way route. No matter what your walking or jogging ability is you can take part because there’s a roaming car to collect anyone who gets too tired. There are sweets and minerals along the route, and soup and sandwiches at the end of it for everybody.