THREE of the four Donegal teams in the last 32 of the SFAI Skechers National Cups have been handed home draws.

Kilmacrennan Celtic, Illistrin and Keadue Rivers have been drawn at home while Cappry Rovers face a long trip to Cork.

In the Under-16 SFAI Cup, Cappry will be away to Charleville.

Kilmacrennan, in the Under-12 Cup, have been given a home tie against Killorglin.

In the Under-13 Cup, Illistrin will be at home to Mallow while Keadue will welcome Kilcullen AFC to Central Park in the Under-15 Cup.

The games are to be played on the weekend of January 26. 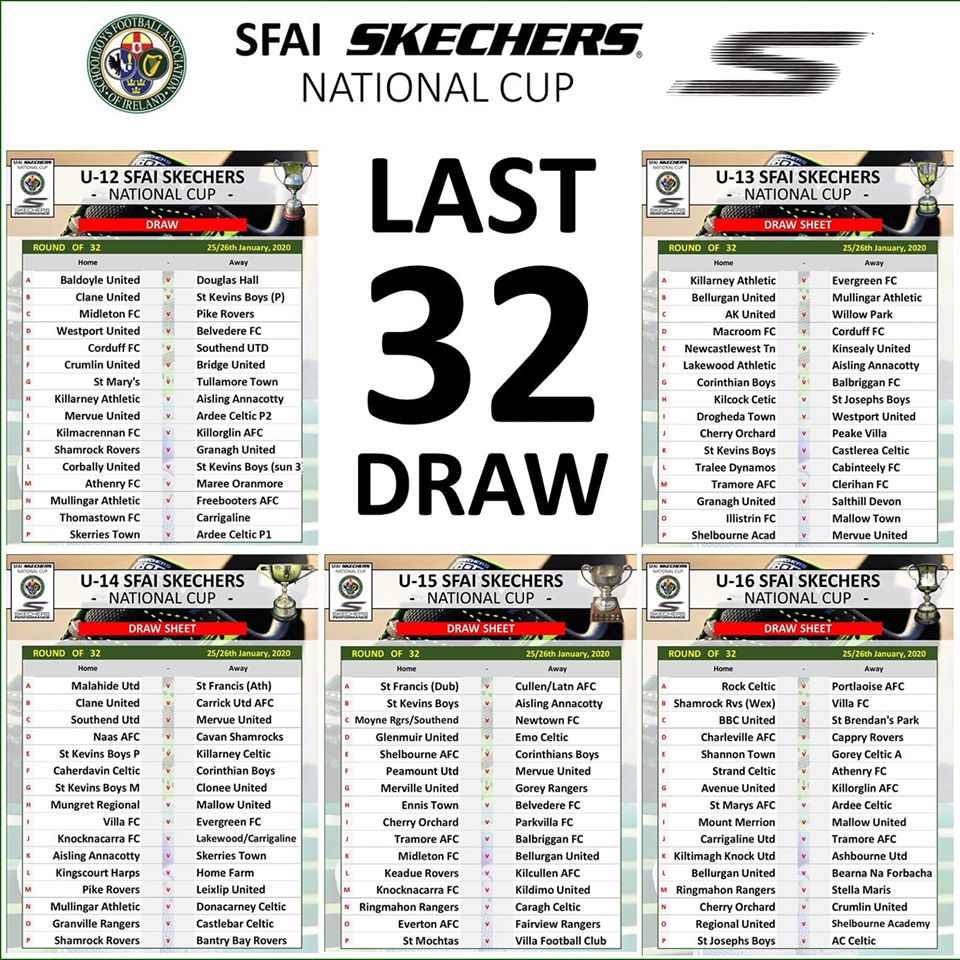