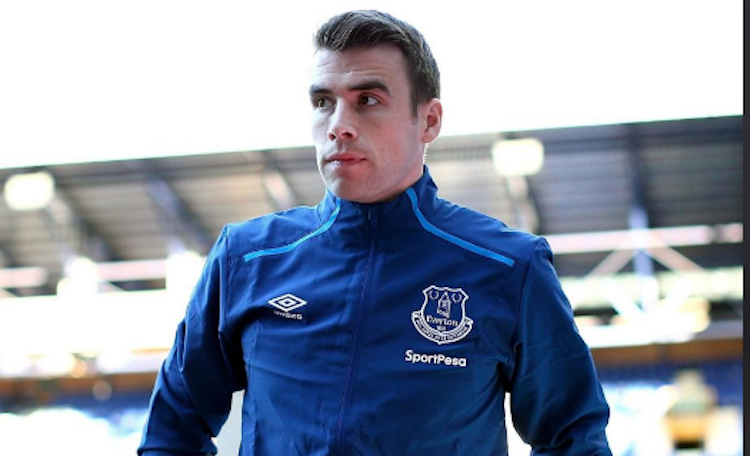 SEAMUS Coleman made his 300th Everton appearance this afternoon.

Coleman returned to the Everton side for the one-all draw against Manchester United at Old Trafford.

A rib injury had kept the Killybegs man out of action for the last three weeks, but he was back to skipper the Toffees today.

Under caretaker manager Duncan Ferguson, Everton led at half-time as Victor Lindelof’s own goal put them in front.

Leighton Baines’ cross caused panic and the ball careered off Lindelof and in.

United, though, were rescued by sub Mason Greenwood, who riffled in a 77th minute equaliser.