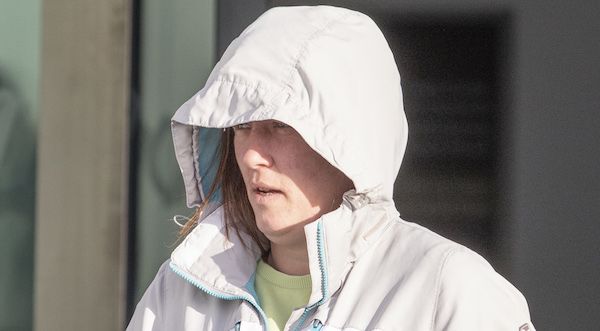 Mother grabbed school principal by throat in row over daughter

A woman who grabbed a school principal by the throat after being called to collect her daughter has appeared in court charged with assault.

Melissa Byrne called to Errigal College in Letterkenny on September 26th, 2018 after her child had become involved in an argument with another student.

When the 37-year-old mum arrived at the school, she was met by principal Mr Charlie Cannon.

After removing books from her locker, the girl then ran past the principal.

An altercation then took place between the irate mum and the school principal which saw Ms Byrne grab the school head by the throat with both hands.

She then pushed Mr Cannon as dozens of other schoolchildren fled.

Ms Byrne appeared at Letterkenny District Court where CCTV of the attack was shown to the court.

Gardai arrived at the scene a short time later and Ms Byrne was arrested.

The court heard that just weeks before the attack on the school principal, the accused also attacked two other parents closeby.

However, this had nothing to do with the school and did not involve the school in any way.

Garda Sergeant Jim Collins told how on September 6, 2018, Byrne became involved in a fracas with others at Kilmacrennan Road.

She grabbed the hair of Ann Marie Coleman with one hand and used her other hand to scratch down her face causing bleeding, cuts and bruising.

She then assaulted a second woman, Catriona Warnock, grabbing her hair, pulling her head down and punching her three times to the face. The injured party received injuries including a cut lip.

Neither woman required medical attention, however.

Solicitor Patsy Gallagher said his client was anxious that CCTV footage of the incident was played in court and maintained that she reacted to “what she perceived to be an altercation” between Mr Cannon and her daughter.

“She interceded wrongly and inappropriately but these were exasperating circumstances for her,” said Mr Gallagher. “It is only fair to all parties that the CCTV is played.”

Mr Gallagher said there had been a “general melee” outside the school which was “unsightly and uncalled for.”

He added that Ms Byrne, 18 Whitethorn Grove is not the only one to face charges from this situation.

“We must also be cognizant that these are all parents, grandparents, colleagues and friends in the vicinity of one school. There are still young teenagers involved here and this may have an effect into the future,” he added.

He also said he might explore the option of restorative justice in the case.
Byrne is due back before Letterkenny District Court on April 6.